Pantone’s color of the year "ultra violet" is nowhere to be seen in his home. 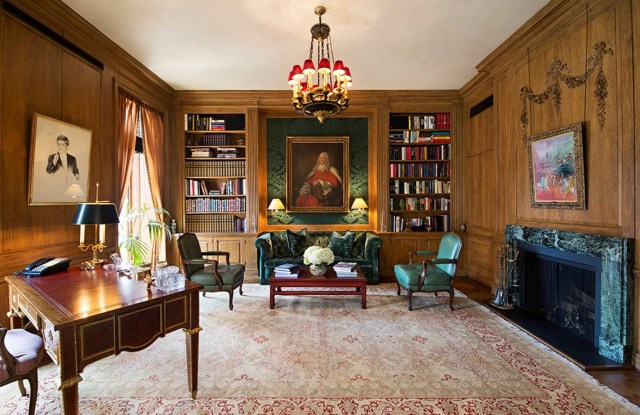 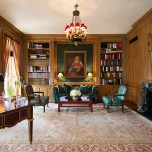 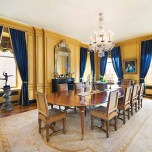 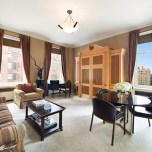 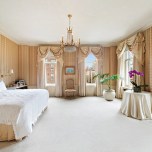 Pantone recently told the fashion world that the color of the year is ultra violet, but the company’s founder doesn’t appear to have taken that advice into account when decorating his fancy Manhattan co-op apartment, which is on the market for a pricey $39.5 million.

Indeed, there’s no ultra violet to be seen in Lawrence Herbert’s full floor apartment, located at 778 Park Avenue — an exclusive Rosario Candela-designed co-op building on the Upper East Side — unless one counts a few flowers of that shade that were in one of the six bedrooms when the listing images were taken.

Instead, the former Pantone chairman and chief executive officer’s 17-room home, which he has owned since the Nineties and put up for sale last summer, has largely been kitted out in a mix of neutral colors and wood, fitting in with its classic period style.

There are a few colorful exceptions, such as a formal dining room with yellow walls and royal blue curtains, as well as yellow couches in the main living area and some green furniture in the wood-paneled library. Perhaps these were the colors du jour when he decorated it.

The interiors are the handiwork of renowned interior architect Peter Marino and he clearly stuck to his classic Upper East Side style brief, with other features including a grand entrance with black-and-white marble floors, elaborate moldings and frilly curtains in the spacious master bedroom.

The co-op building only has 18 apartments and they don’t change hands very often. In addition to Herbert, William Lauder, executive chairman of The Estée Lauder Cos. Inc., and billionaire developer Zygmunt Wilf also own homes there.

Herbert founded Pantone in 1963 when he created a system for identifying, matching and communicating colors to solve the problems associated with producing accurate color matches in the graphic arts community and these days the company is viewed by many as the leading authority on color.

The colisting agents are Eric Friedberg of Douglas Elliman Real Estate and Arlene Reed of Warburg.