The former head of Loro Piana U.S. is renting it out for $100,000 a month while he takes a career break. 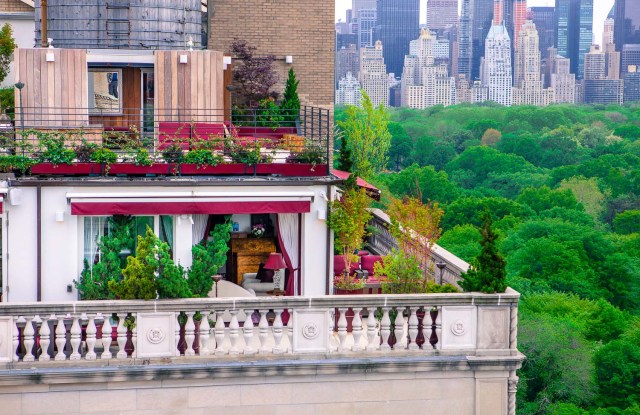 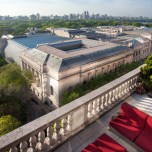 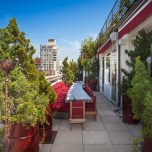 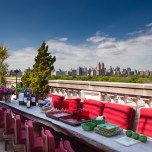 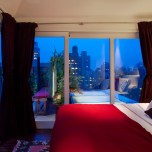 If you have a penchant for not only wearing cashmere but having your furniture covered in it, too, and want to take showers outside while looking at Central Park and the New York skyline, then we may have found your dream rental.

There’s just one potential drawback: It depends on the size of your wallet. The landlord, who happens to be Pier Guerci, the former president and chief executive officer of Loro Piana U.S., is charging $100,000 a month, a price that no one has so far been willing to pay since it first hit the market in August.

The Italian businessman’s apartment is clearly a labor of love that started with him buying nine small maids’ rooms atop a prewar Fifth Avenue building in 2000 that he transformed into a duplex penthouse with two enormous landscaped terraces on both floors.

The process took eight years and involved the not-so-easy feat of getting Landmark approval, as well as purchasing the building’s air rights and decommissioning the condominium’s main elevator for several months.

Once those loose ends were tied up, he then hired Italian architect Misa Poggi, who has also decked out many Loro Piana stores around the world, to take care of the interiors and the resulting duplex is more like a European villa than an Upper East Side penthouse.

“He constructed this penthouse on top of this prewar building and it is very much like having a house on the Amalfi Coast, but rather than looking at the Mediterranean, you’re looking at Central Park and the skyline,” listing agent Leighton Candler at Corcoran Group told WWD. “It is incredibly unusual to have a duplex of this particular kind and sophistication, with terraces on both floors and that is not the way Fifth Avenue buildings were built.”

Quirky features include a master suite with a 250-square-foot dressing room upholstered in cashmere, while every room in the three-bedroom apartment has access to the two expansive landscaped terraces where an outdoor bar, covered pergola and three separate, private outdoor showers can be found.

The apartment is also being offered with daily maid service, weekly fresh flowers provided and installed by a renowned local florist and a gardener, who will be on hand to maintain the outdoor spaces and landscaping.

While there has been no one willing to rent it out for a whole year, Candler said there has been quite a bit of interest, but often it is people who only want a shorter term stay than the building permits.

“If we could do short-term stays we would be at full occupancy,” according to Candler.