House of the Week: The Gucci Sisters’ Fifth Avenue Penthouse 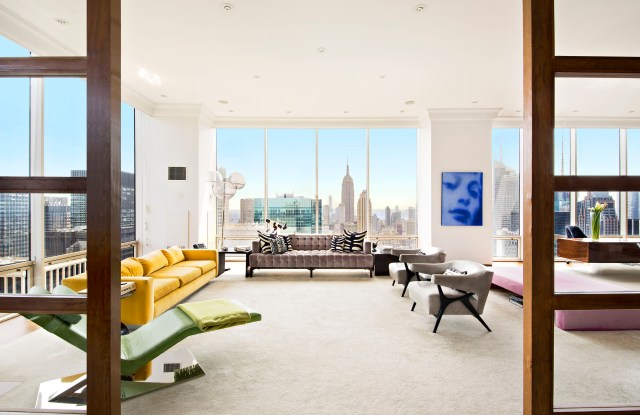 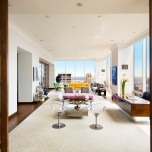 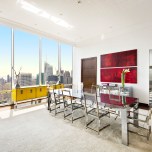 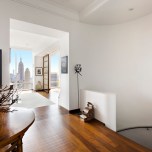 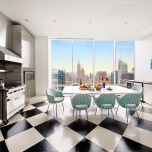 While the name Gucci is synonymous with Florence and Milan, the colorful Italian fashion family has actually owned an opulent eight-bedroom penthouse atop Manhattan’s Olympic tower for decades.

It’s now in the ownership of sisters Alessandra and Allegra Gucci who have been trying to sell it since 2015 — originally for a whopping $45 million, which has since been cut to $35 million — but it was their father, Maurizio Gucci, who bought it in the Seventies.

Maurizio, the grandson of the fashion house’s founder, Guccio Gucci, picked up two units when the fancy Midtown building was just completed and converted them into a lavish 9,450-square-foot penthouse with an impressive eight full bathrooms.

The former head of the fashion house, who was known for spending beyond his means, was forced to sell his stock in Gucci in 1993 and died not long after when his ex-wife Patrizia Reggiani hired a hitman to kill him. (She was convicted to 26 years in prison but freed in 2014.)

Since then, the penthouse has belonged to his daughters, who told the Wall Street Journal in 2015 that they were selling as they spent most of their time in Europe.

The duplex apartment, which is on the 50th and 51st floors, has views of Rockefeller Center and St. Patrick’s Cathedral, while the Empire State Building can be seen from multiple rooms including the eat-in kitchen as well as one of the shower stalls.

All bedrooms are located on the lower level and the penthouse’s two vast master suites feature their own walk in closets, dressing rooms, jacuzzi tub and sauna.

Elsewhere, there are two kitchens (one for staff), two internal elevators, a wood-paneled den with fireplace and 16-foot skylight and a library.

Charlie Attias and Sofia Falleroni, both of Corcoran, are the listing agents for the penthouse.