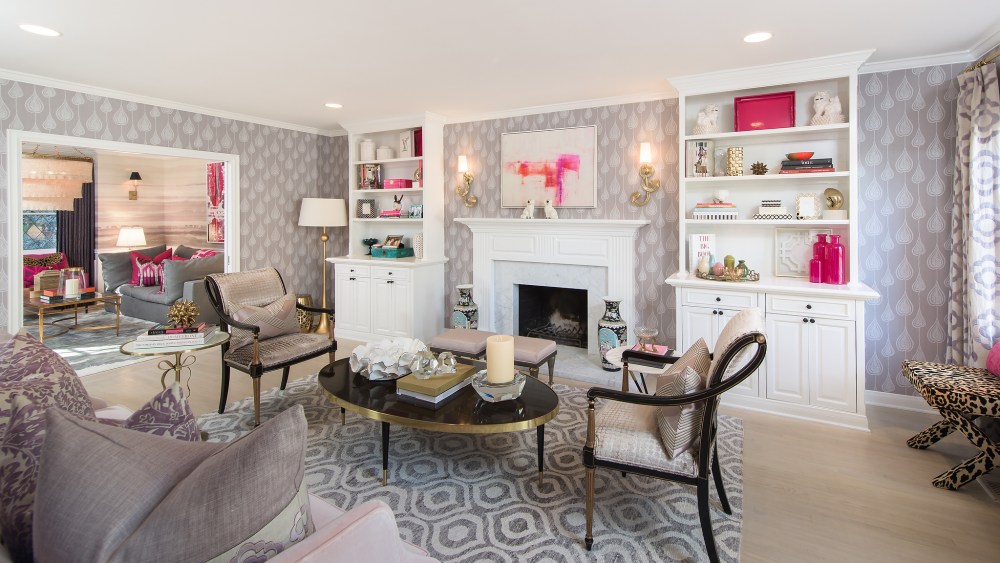 As husbands go, Too Faced cofounder and chief creative officer Jerrod Blandino, is a pretty generous one. Not only did he buy his husband a 1937 Beverly Hills house as a 20th anniversary gift, he also fully decorated it before handing over the surprise.

In the spirit of full disclosure, though, his husband Jeremy Johnson, who cofounfed Too Faced with Blandino in the Nineties and is the beauty giant’s chief executive officer, is also extremely generous, gifting him a 21-karat custom Cartier diamond for the special anniversary.

But back to the house in question. After buying the two-bedroom home from Who What Wear cofounder Katherine Power for $2.44 million, Blandino hired interior designer Robin Strickler from Orange County-based Design Works to deck it out in his and Johnson’s signature style, while maintaining its old Beverly Hills charm.

“I completely remodeled and decorated it so it felt a little more like us. I wanted it to be a glamorous place where we could have a cocktail with friends and to celebrate,” he told WWD. “It has a very happy Champagne with a swizzle stick retro glamorous style to it.”

And their beauty brand, which they sold to The Estée Lauder Cos. Inc. for $1.45 billion in 2016, was the main inspiration for the redesign, with Blandino saying that fans would instantly recognize it as their home thanks to the color hues, modeled on the brand’s products, which have proven to be extremely popular with Millennials.

“Every single color in the home is based on a product from Too Faced,” he said of the company, known for its cult products such as its “Better Than Sex” mascara, “Born This Way” foundation, “chocolate” bronzer and peach eye shadow sets.

As for Blandino’s favorite room, it has to be the mint-colored dining room, which he described as a beautiful, happy, bright, chic place to be. While two sparkling hanging light fixtures certainly catch the eye in the room, it is a huge custom brass and marble table that he designed and “weighs a ton” that holds center stage.

A close second favorite room for Blandino is the formal living room: “There are just so many bright pops of pink and a true glam kind of Sixties Beverly Hills vibe in there that you don’t see anymore, but it’s also quite modern.”

The powder room downstairs, meanwhile, is covered in the iconic Beverly Hills Hotel’s signature banana leaf wallpaper, in a nod to the celebrity-filled hot spot, which is just a five-minute walk from the house and is where the couple enjoyed many a brunch in the Polo Lounge.

The house was meant to serve as a pied-à-terre for when they were in Los Angeles, but they have decided to part ways with it as they spend most of heir time at their Newport Beach home, which is close to Too Faced’s headquarters.

“Honestly our lives don’t allow us to get there as often as we want. The last time we spent a night there was last March. Unfortunately our little pied-a-terre hasn’t got much use so that’s why we’re letting it go. It’s such a special house I feel bad that it just sits there,” Blandino said.

The house is listed for $3 million with brokers Tracy Maltas and Gina Dickerson, both of Douglas Elliman Real Estate. For any cash rich fans of the brand, they’re offering the house with all the furnishings for an additional cost.