The TriBeCa apartment has been put back on the market with a new price of $18.5 million. 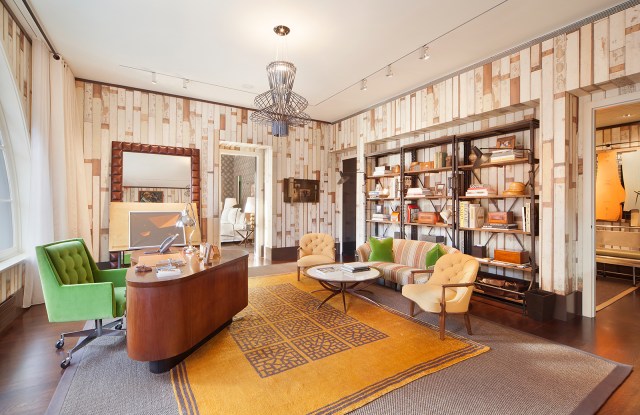 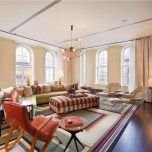 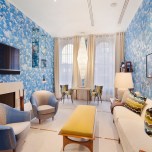 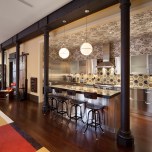 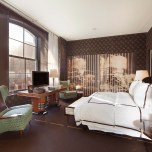 The sale is most certainly on. J. Crew chairman Mickey Drexler has cut the price of the Manhattan loft he has been trying to sell for around two and a half years almost in half.

The TriBeCa apartment has been put back on the market this week with a new price of $18.5 million, close to half the original asking price of $35 million when it was first listed for sale in April 2015. In between then and today, it has been on and off the market several times, seen numerous price cuts, as well as a change of brokers.

The five-bedroom apartment is housed in a 12-unit Franklin Street condominium and, since buying it for $14.3 million in 2012, Drexler has certainly put his own touch on the 6,226-square-foot spread, hiring renowned French architect Thierry Despont to do the interiors.

The results of the remodel include a billiards room, arched windows, original columns and industrial doors, an open stainless-steel kitchen with a breakfast bar, brightly colored living spaces and a gallery hall complete with dress forms.

This is not his only property in TriBeCa. Drexler was also trying to sell a nearby town house, which he listed for just under $30 million in May 2016, but that disappeared from the market last January after a price cut to $27.5 million failed to work its magic.

Drexler is just one of the many high-end sellers who are struggling against a backdrop of Manhattan’s weakening luxury property sector, where a flood of high-end condos coming to market has meant that buyers have a slew of options to choose from.

Nevertheless, he is no doubt used to the cyclical nature of the property market. After all, he is a seasoned property investor who has also dabbled in the Miami and the Hamptons real estate markets, recently spending a touch under $14 million on a plot of land next door to the Miami house he bought from Calvin Klein for $12.85 million last year.

In addition to his latest Miami purchase, the 73-year-old is trying to find a wealthy buyer for his secluded Hamptons beach house, which has a $17.95 million price tag. Set on more than two acres of land at the end of a private driveway with 315 feet of ocean frontage, the Wainscott home is one of the exclusive hamlet’s handful of oceanfront properties.

The TriBeCa price cut was first reported by Curbed.