The Los Angeles-based fashion designer was best known for dressing Nancy Reagan when she was First Lady. 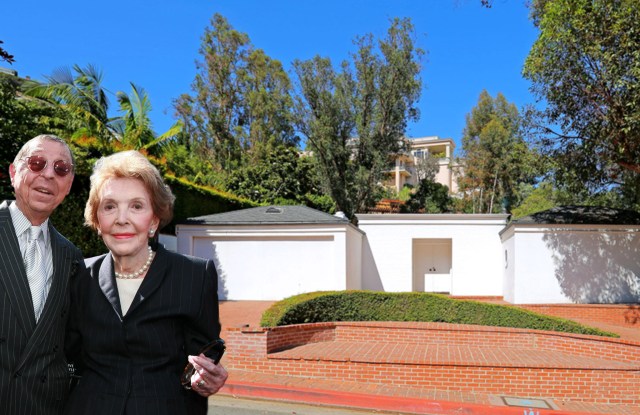 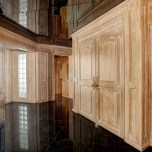 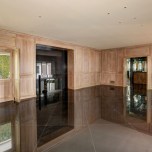 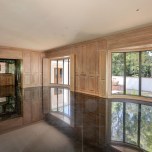 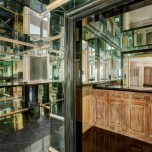 The longtime Hollywood home of late fashion designer James Galanos, most famous for dressing former first lady Nancy Reagan, has hit the market for a little more than $2 million.

While from the outside the white stucco and nearly windowless house just steps from the Sunset Strip looks modest and plain for a man who was known for his beautiful gowns, it takes just a peek inside to realize that a creative person lived here — one who decorated it with a mixture of wood paneling, black onyx and mirrors.

Indeed, although all furniture has been removed, listing images show that the 2,408-square-foot, two-bedroom Forties home, surrounded by a neat emerald-green hedge, comes with an elaborate mirrored hallway, while the black onyx bathroom has mirrored ceilings.

According to Architectural Digest, which interviewed him about his home in 2011, Galanos hired French interior designer Philippe B. Oates in the mid-Eighties to decorate the property, filling it with Greco-Roman sculptures on polished black plinths, which appealed to Galanos, the son of Greek immigrants.

“I could be very free and delicate and fragile with women’s clothes. But in my home I strive for simplicity,” Galanos, who died last year age 92, said of his choice of interiors. “I hate clutter. My furniture is mostly custom-made to my specifications. There is no rococo, no curlicues. Everything is straight lines.”

In addition to the Hollywood house, Oates was also responsible for the interiors of Galanos’ Palm Springs weekend getaway property, which was sold in 2015 for $1.4 million, property records showed.

After studying in New York and Paris, Philadelphia-born Galanos permanently relocated to California in the Fifties and founded his atelier, becoming one of the main designers who dressed the Beverly Hills Ladies who Lunch crowd.

He garnered worldwide fame when one of his clients, Reagan, became first lady and wore a 14-year-old dress to her first White House state dinner. As well as Reagan, he dressed scores of other society women and Hollywood actresses such as Betsy Bloomingdale, Marlene Dietrich, Judy Garland and Marilyn Monroe to name just a few.