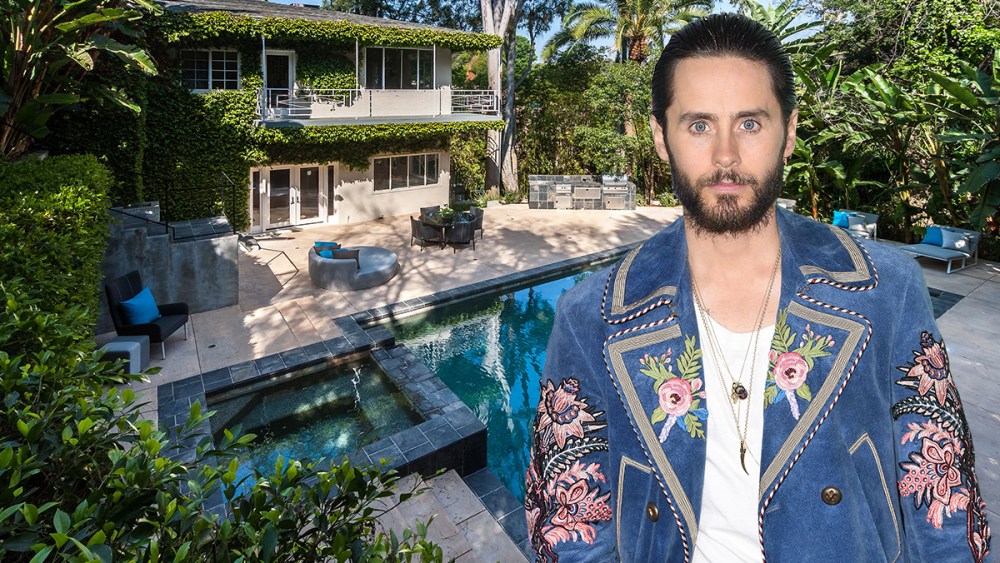 The vine-covered property in the Cahuenga Pass area of the Hollywood Hills, which the “Suicide Squad” star and face of Gucci’s Guilty fragrance paid $1.6 million for in 2006, has just gone into contract, according to listing records.

A source told WWD that the 45-year-old actor, who is also the front man of band Thirty Seconds to Mars, received multiple offers, although the final price won’t be made public until the sale has officially closed.

He has been trying to sell the four-bedroom, three-bathroom spread since November and while he didn’t budge on pricing, he did switch listing agents last week from The Agency to the John Aaroe Group, which certainly seemed to do the trick.

So what exactly do you get for the $1.999 million asking price of the home, which was built in 1955 and is rumored to be a former residence of actor and comedian Jimmy “The Great Schnozzola” Durante?

Hidden behind a quiet façade, the boxy two-story home boasts more than 4,000 square feet of living space, including a recording studio, a large light and airy white-walled living room, an office and a master suite with a balcony overlooking the pool area, according to the listing.

But perhaps the biggest selling points of the fairly low-key home are the multiple outdoor spaces with a lagoon-style pool and jacuzzi surrounded by an expansive patio and tall trees (no doubt to ensure the A-lister’s privacy).

There is also a built-in barbecue, a fire pit, grassy lawn and a separate outdoor living room for entertaining guests.

The “Dallas Buyers Club” star won’t be without a home to go to, though, as he dropped $5 million on an eight-bedroom, 12-bathroom warehouse-style Laurel Canyon complex in late 2014, according to various media reports.

A spokesperson for Leto did not respond to request for comment, while the listing agent, Brian Courville at the John Aaroe Group, declined to comment.