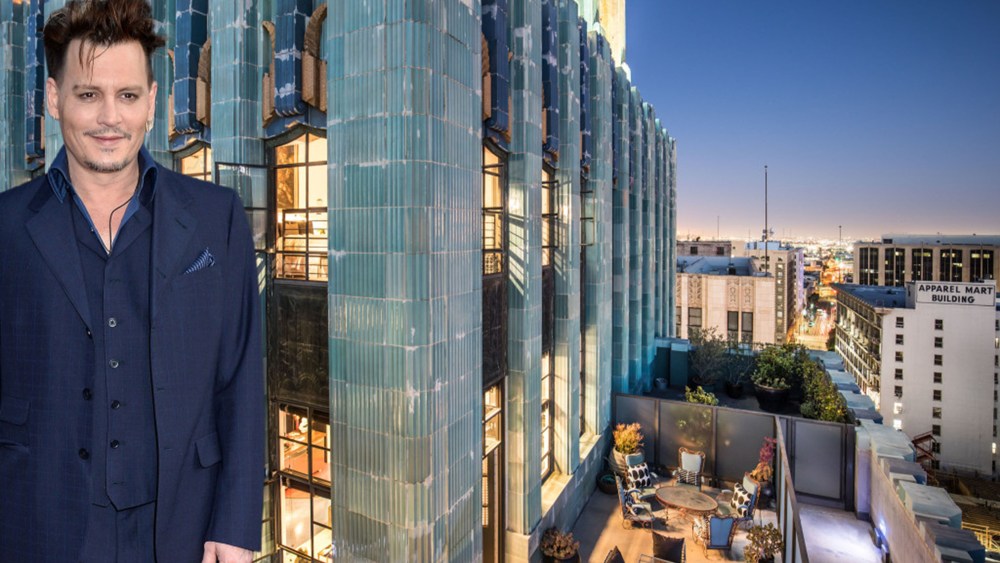 Johnny Depp is continuing to reduce his property portfolio as rumors swirl about his financial situation amid accusations of overspending.

The “Pirates of the Caribbean” and “Mortdecai” actor has just sold another one of his penthouses at the historic landmarked Art Deco Eastern Columbia Lofts building in downtown Los Angeles for $1.8 million.

At one point Depp owned five penthouses at the building with a total of nine bedrooms and 14 bathrooms, for which he reportedly paid around $7.2 million in 2007 and 2008.

After purchasing them, he added doorways to three penthouses, turning them into a big private living space for himself, while the other two were used as an art studio and guest suite respectively.

However, he put them all on the market in September and now only one remains — a one-bedroom, 1,780-square-foot duplex penthouse with an asking price of almost $1.8 million. It comes with a wall mural by Brazilian street artist Osgemeos, a tile-clad dining table, as well as an Art Deco-style chandelier.

The buyer of the latest penthouse to sell (a three-bedroom, two-bathroom condo with a red metal staircase and private terrace that was used as Depp’s art studio) scored themselves a respectable discount as it was originally listed for $2.75 million.

Depp was also trying to sell his estate in Le Plan-de-la-Tour in the South of France and cut the price from $55 million to $39 million, but it’s no longer listed for sale.

It’s about 10 miles outside the beachside town of Saint-Tropez and was where he lived with his former partner, Vanessa Paradis, and their two children.

He also owns a largely undeveloped island in the Bahamas that cost him 2.2 million pounds in 2004 and a sprawling chateau-style mansion by the Sunset Strip in West Hollywood. According to Variety, he purchased it for $1.89 million in 1995 and subsequently bought four more homes on the same cul-de-sac for just over $10 million.