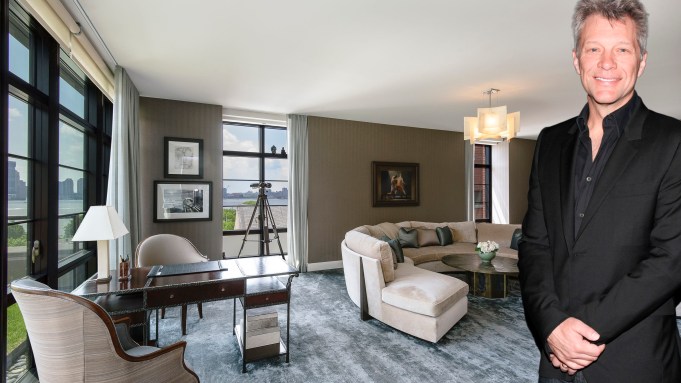 Jon Bon Jovi might be best known for being an international rock star, but he’s also becoming quite the savvy real estate investor on the East Coast, buying condos in fancy Manhattan buildings only to make a hefty profit a few years later.

His latest showing is an apartment at 150 Charles Street, a celebrity-filled building in Manhattan’s West Village, which he just listed for sale for more than $17 million, $4.3 million more than he paid for it in 2015.

The fancy duplex home has views of the Hudson River both from the windows and the 1,500-square foot landscaped garden.

There are three bedrooms upstairs, each with an en suite bathroom, and entertaining space downstairs, with a separate den/library that could be made into a fourth bedroom, according to the listing agent Corcoran.

He is no stranger to luxury real estate — he sold his SoHo penthouse for $34 million in 2013, making a $10 million profit and also offloaded a condo in the Park Millennium building on the Upper West Side for $5.48 million in 2008.

In addition to this, the New Jersey native also owns a riverfront mansion in Middletown, N.J., as well as a property in East Hampton, according to the Wall Street Journal.