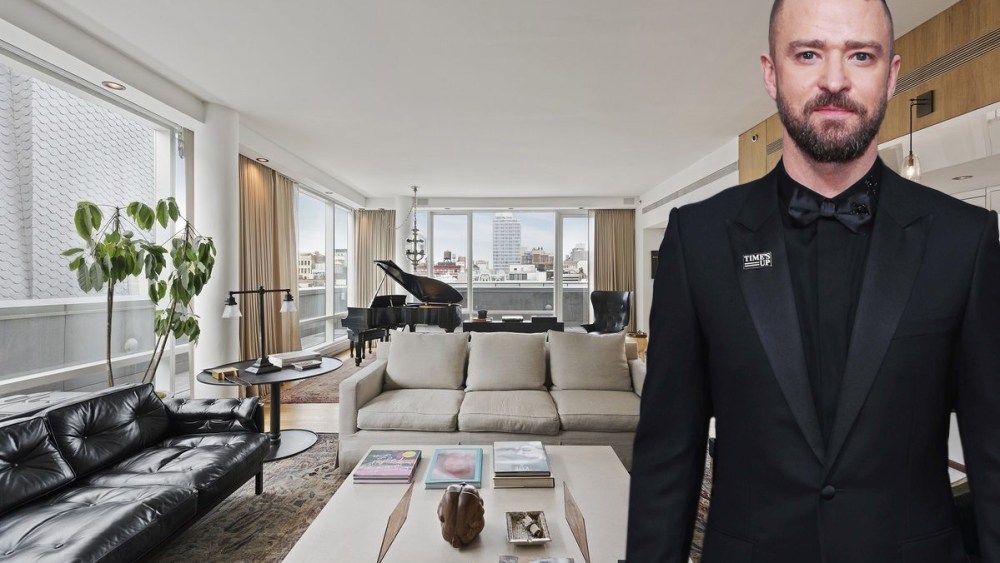 Apparently two Manhattan penthouses are just too much — even if you’re a global star.

After joining the likes of Blake Lively, Ryan Reynolds and Jake Gyllenhaal by buying a $20 million penthouse in a celebrity-filled TriBeCa condominium close to a year ago, singer, actor and Super Bowl headliner Justin Timberlake has decided his SoHo penthouse that set him back $6.5 million in 2010 is surplus to requirements.

The “Filthy” singer and his actress wife, Jessica Biel, have put their three-bedroom spread atop the sleek SoHo Mews building on West Broadway on the market for just shy of $8 million, with listing agents Jared Seligman and Evan Danzig of Stribling.

While the penthouse has the features one would expect any A-lister to have, its pièce de résistance has to be an 853-square-foot wraparound terrace with views of the Empire State Building that can be accessed from the main living area as well as the master suite.

The rest of the apartment has been kitted out with 10-foot ceilings, floor-to-ceiling windows, custom wood paneling and a stylish kitchen designed by the building’s architect, Gwathmey Siegel, which has no doubt been put to good use by Biel, who’s an avid baker and opened her restaurant Au Fudge in Los Angeles in 2016.

But while a 24-hour doorman, a state of the art gym, a common garden and a parking garage are among some of the amenities at SoHo Mews, they don’t compare to those at the couple’s new condominium at 443 Greenwich Street.

In particular, celebrities like that TriBeCa address for its privacy-ensuring amenities such as a paparazzi-proof motor court and elevators that have been programmed to ensure homeowners will never ride with a neighbor.

In addition to the privacy features, there’s also a 71-foot indoor swimming pool, children’s playroom, a 5,000-square-foot roof terrace, a fitness center, a hammam and a temperature-controlled wine cellar.