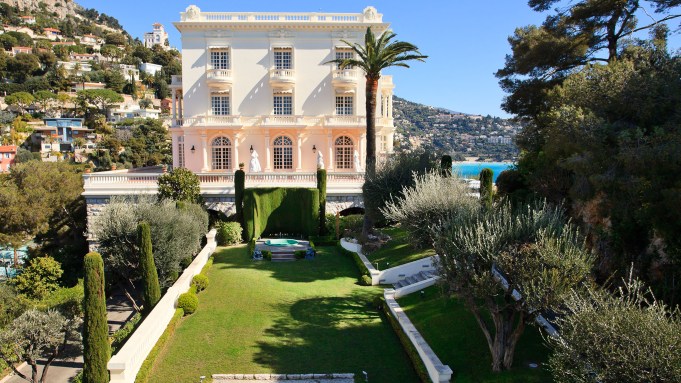 Karl Lagerfeld’s one-time opulent Monaco mansion opened its doors to the public for the first time this past weekend.

La Vigie, a villa perched on a cliff top above Monte-Carlo Beach Club, was occupied by Lagerfeld for around a decade during the Eighties and Nineties.

Most recently it has been used as a hotel and on the weekend played host to the inaugural collectible design fair Nomad, where some of the world’s leading galleries showcased pieces by well-known designers, artists and architects, including work from the Campana brothers and the late Zaha Hadid.

Nilufar, Massimo De Carlo and David Gill Galleries were among some of the participating galleries in the event, whose organizers are planning will take place once a year at a different location.

The three-story villa, whose name means “the lookout tower,” was built in 1902 for British publishing magnate Sir William Ingram and was occupied by German troops during World War II.

It changed hands several times after that and was left largely unoccupied until Lagerfeld moved into it in 1986 and restored it.

“It’s the safest place in the world,” he said during an interview with W in the Eighties. “It’s impossible to get near the place. No public road passes by and you have to go through two gates to get inside. It doesn’t even have an address, so no one can write to me here.”

During his time at the house he converted the trio of sitting rooms on the first floor into a party room with a ballroom (which doubled as a photo studio) and a billiards room, while the top floor was his private quarters, which included a balconied bedroom with a canopied Marie Antoinette bed, according to W.

His quarters also boasted a pair of bathrooms — one that faced east for morning views of the Mediterranean, the other west for Monte Carlo by night.