She has been trying to sell it on and off since October 2016. 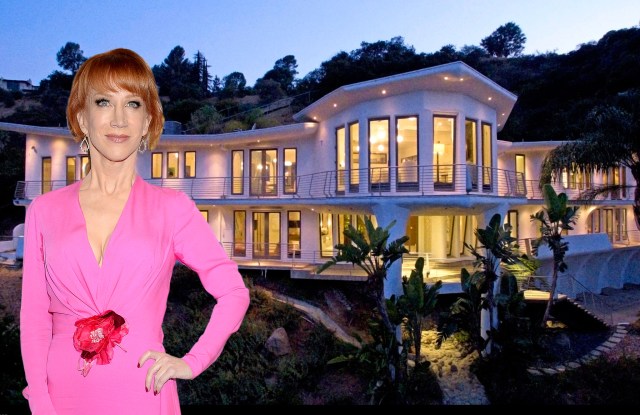 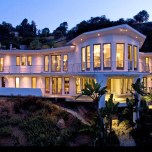 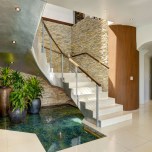 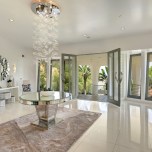 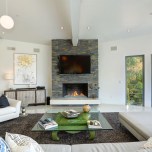 Kathy Griffin has relisted her longtime Los Angeles home that she is trying to sell, this time with a half a million dollar price cut.

Griffin, who faced widespread criticism for being photographed holding a bloody “decapitated” replica of President Trump’s head in May, has reduced the price from just under $5.5 million when it was last for sale in February to close to $5 million.

The gated contemporary white-painted Hollywood Hills house first hit the market in October after she purchased an even more opulent home in Bel Air that is next door to Kim Kardashian and Kanye West’s property for $10.85 million.

The 56-year-old previously told The Wall Street Journal that every house she buys has to be “a middle finger to Hollywood.”

“I have to have a house that says ‘Screw you Hollywood — I made it,’” she said.

The mansion that is for sale is certainly no exception, boasting roughly 8,000 square feet of space, including a large water feature in the entrance, chandeliers, terrazzo marble floors, a glass-enclosed office and a games room.

There are also walls of windows and decks from where views of the Hollywood sign and Studio City can be enjoyed, while outside there are several sitting areas, a covered dining area with fireplace, a built-in stone hot tub, a cabana and a saltwater swimming pool.

The home is also somewhat of a celebrity itself, having had a starring role in the Bravo reality show “Kathy Griffin: My Life on the D-List.”

Property records show that Griffin paid $2.85 million for the five-bedroom, six-bathroom house in 2006. She told WSJ that she later bought several adjacent properties for privacy.

Steve Frankel of Coldwell Banker Residential Brokerage has the listing.