The singer paid oil heiress Eileen Getty $8.2 million for the property in 2013. 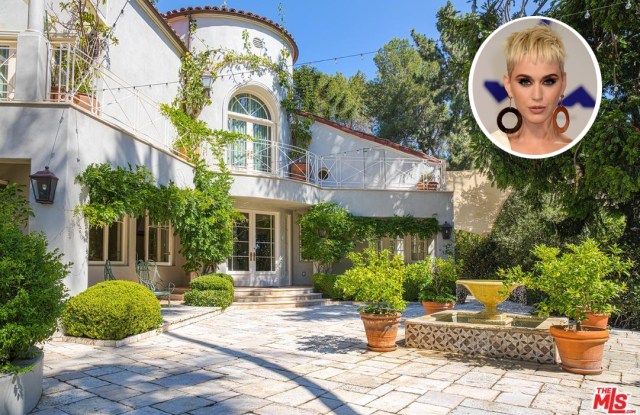 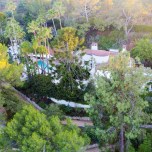 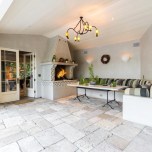 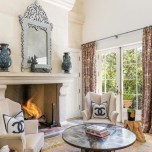 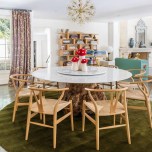 California Gurl Katy Perry has listed one of her adjacent Los Angeles homes that she bought off oil heiress Eileen Getty for sale for close to $10 million.

The singer-songwriter’s Hollywood Hills compound is at the end of the gated hewn rock driveway and includes a Mediterranean-style main house, guarded from prying eyes by a plethora of tall surrounding trees.

In the main house, a plush master suite with a sitting area, wood-burning fireplace and a balcony overlooking the grounds takes up the entire second floor, while the opulent master bathroom has a wood-paneled tub in the center of the room next to a chaise lounge.

Elsewhere in the compound is a two-story guest house, a limousine-depth garage, a large gym (with all the equipment to keep a world-famous pop star in tiptop shape) and a security guardhouse.

The 2 acres of grounds, meanwhile, are perfect for entertaining with a pool under fairy lights complete with a spa and cabana, an outdoor pizza oven, another fireplace, a fountain, terraces and fruit trees.

The 32-year-old, who released her fifth album “Witness” earlier this year, paid Getty $8.2 million for the property in 2013. At one point the house was owned by Walmart heiress Sybil Robson.

It was previously reported that she was quietly shopping this property and an adjacent smaller one as a whisper listing for around $15 million. However, the smaller two-bedroom property, which she also bought off Getty in 2013 for $3 million, has not been publicly listed for sale.

In May, Perry paid an heir to a Canadian construction fortune close to $18 million for a sprawling Beverly Crest estate.

A rep for Perry and the listing agent, Ernie Carswell of Teles Properties, did not respond to request for comment.