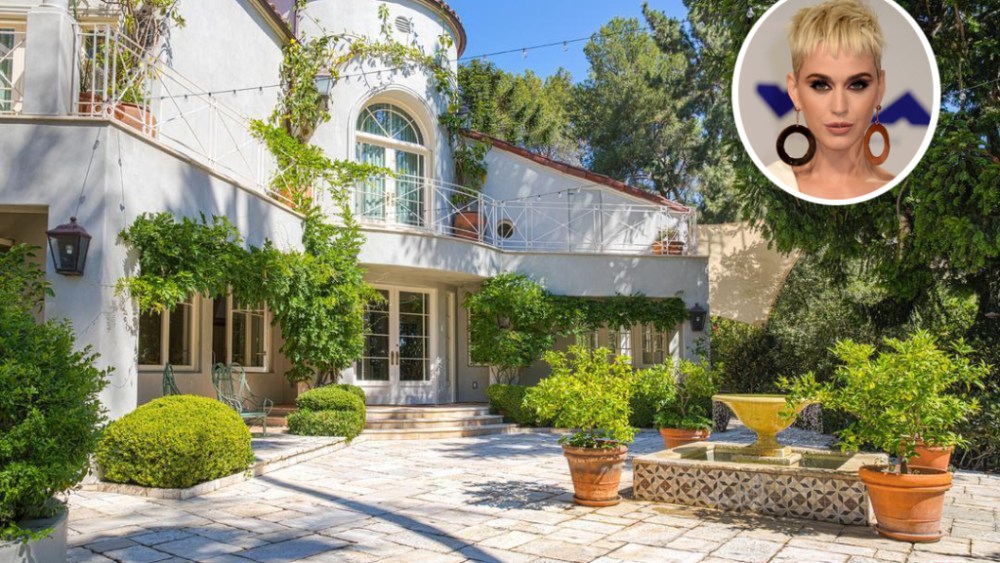 Katy Perry must be hoping the third time’s a charm. The “California Gurl” just relisted one of her Los Angeles homes for sale, marking the third time she has tried to sell it in the past year.

The home in question is the larger of two adjacent Hollywood Hills properties the singer-songwriter bought off oil heiress Aileen Getty in 2013 for a combined $11.2 million.

After upgrading to an $18 million sprawling Beverly Crest estate in May, Perry reportedly tried quietly shopping both houses as a whisper listing for around $15 million, but after no luck listed the larger one for sale in September at $9.45 million.

With no takers, she withdrew it three months later, only to relist it Thursday at the ever-so slightly cheaper price of $9.28 million, alongside a change of broker to Douglas Elliman Real Estate’s Ernie Carswell.

Per the listing, the four-bedroom, nearly 7,500-square-foot Mediterranean-style main house, which was also once home to Walmart heiress Sybil Robson, is located at the end of the gated hewn rock driveway and is guarded from prying eyes by a plethora of tall surrounding trees.

Its biggest selling feature has to be the plush master suite with a sitting area, wood-burning fireplace and a balcony overlooking the grounds, which takes up the entire second floor.

It also comes with a two-story guest house, a limousine-depth garage, a large gym and a security guardhouse, while the two acres of grounds have a pool under fairy lights complete with a spa and cabana, an outdoor pizza oven, another fireplace, a fountain, terraces and fruit trees.

Perry is yet to try to publicly sell the smaller two-bedroom property, which cost her $3 million. That property also once belonged to director Stephen Gyllenhaal and ex-wife Naomi Foner Gyllenhaal, parents to actors Jake and Maggie Gyllenhaal.