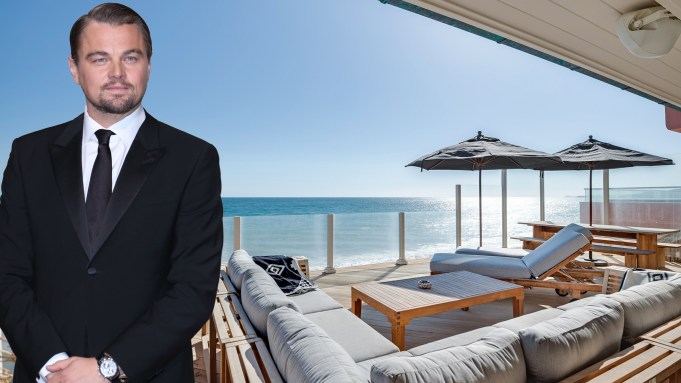 Want to tell all your friends that you live in Leonardo DiCaprio’s house in Billionaire’s Beach? Well if you’ve got a spare $50,000 a month, now you can.

The Oscar-winning “Revenant” star and budding real estate mogul has just put his beachfront Malibu home up for rent, listing records showed, and it comes with a hot tub on an outside deck from which one can enjoy ocean views.

The 42-year-old Hollywood A-lister has owned the three-bedroom, two-bathroom cottage in Carbon Beach (dubbed Billionaire’s Beach by locals) since 1998 when he paid $1.6 million for it, according to property records (they list an LLC, whose address is the same as DiCaprio’s production company, as the owner).

In September 2016, he tried to sell it for just under $11 million, but lowered that by around $1 million a few months later only to remove it from the market in March. It reappeared on Thursday as a rental. It will set you back $50,000 a month or $25,000 a month if you sign a year- long lease.

According to various past media reports, DiCaprio has rented it out several times in the past, so he is no stranger to taking on the role of landlord.

He is also no stranger to the property world, building up quite an impressive portfolio over the years. In the last year alone, he has sold a house in Los Angeles’ Studio City neighborhood, offloaded an eco-friendly Manhattan condo and dropped $23 million for a nearly barren 1.8-acre Malibu beachfront lot.

He also has two adjacent apartments in Battery Park City in lower Manhattan, a private island in Belize as well as houses in Palm Beach and the Hamptons.

A spokesman for DiCaprio and the listing agent, Katie Bentzen of Partners Trust Malibu, did not respond immediately to request for comment.