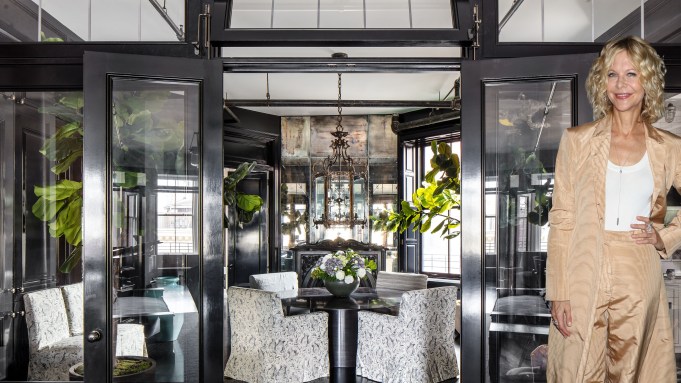 When Meg Ryan’s not acting or directing — her directorial debut “Ithaca” was released in 2015 — the “Sleepless in Seattle” star is an avid home renovator.

And her work has certainly paid off as listing records showed that she has quickly found a buyer for her newly renovated full-floor loft in Manhattan’s trendy SoHo neighborhood, asking $10.9 million.

It seems that she knows what she’s doing as the 4,100-square-foot, three-bedroom apartment was in fact the ninth home Ryan has renovated, according to Architectural Digest.

“I know it sounds crazy to most people, the idea of renovating that many houses. But I love renovating. I think it’s tied to living the actor’s life,” she told the publication last year.

Ryan is not the only famous name to have owned this Mercer Street loft. She paid actor Hank Azaria $8 million for it in 2008 through her Third World Dog Trust.

Azaria bought it from artist Cindy Sherman, who hosted a party that Ryan attended at the co-op apartment when she owned it about 16 years ago.

Ryan certainly has a good eye for interior design if listing pictures are anything to go by — albeit with a helping hand from architect Joel Barkley and designer Monique Gibson, who she hired to work on the gut renovation.

Features include a key-lock elevator that lets you step off into a private entry foyer and floor to ceiling French doors that lead into the living room with six architectural columns, ebony wood flooring and 12-foot ceilings.

Elsewhere, there is a media room with an exposed brick wall, a large master bedroom, an eat-in kitchen decorated with industrial lights and ebony wood floors. All have been kitted out with the “When Harry Met Sally” actress’ antique finds.

The listing was held by Corcoran broker Barbara Hochhauser. A spokeswoman for Ryan did not respond immediately to request for comment.