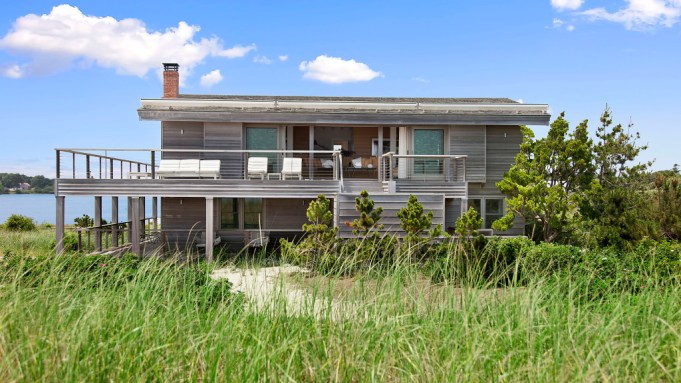 Former J. Crew boss and serial property investor Millard “Mickey” Drexler has finally sold his secluded Hamptons beach house that’s been on and off the market for four years — but for less than what he originally paid for it.

After listing it for sale in 2014 for $26.5 million and cutting its price several times, he just accepted an offer for $15 million. But while this might sound like a lot of cash, it’s less than both the last asking price of $17.95 million and the $17 million the retail executive paid for it in 2008.

The struggle to sell the renovated 3,500-square-foot wooden house in the exclusive Wainscott hamlet comes despite it boasting a number of envy-inducing elements, such as 2 acres of surrounding land, 315 feet of ocean frontage and unobstructed views over Wainscott Pond.

The house blends traditional elements with a modern design, with an open-floor plan, double-height ceilings and large picture windows that enhance the panoramic views.

All three bedrooms, meanwhile, have access to the outdoors via wide wraparound decks complete with several sun loungers and an outdoor shower, while a wooded boardwalk provides direct private access to the beach.

This is not the first time the native New Yorker has dabbled in Hamptons real estate. In 2015, Drexler sold Andy Warhol’s former Montauk estate (a collection of white-shingled cottages overlooking the ocean) for $50 million, which was a record for the beach community.

He had also until recently been trying to sell two Manhattan abodes, but pulled both from the market after failing to find buyers. The first is his TriBeCa loft apartment on Franklin Street, which was last for sale for $19.95 million, down from $35 million when it was listed in 2015.

The second is a town house, also in TriBeCa, which he listed for less than $30 million and later cut to $27.5 million. The interiors of both homes were designed by French interior designer Thierry Despont.

The listing agent for the Wainscott beach house is Paul Brennan of Douglas Elliman Real Estate.