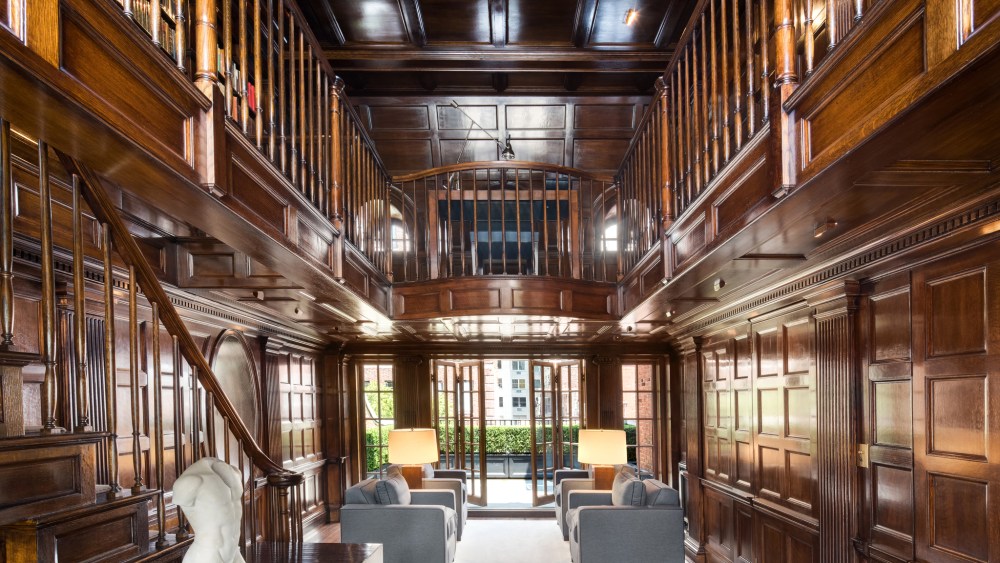 A Manhattan townhouse that beauty maven Elizabeth Arden once called home and is now owned by former Abercrombie & Fitch chief executive officer and chairman Mike Jeffries is back on the market for $16 million.

Jeffries, who made headlines for his controversial comments during his time as head of the retailer about how it was targeting good-looking clients, paid almost $11 million for the townhouse in 2006 and has been trying to sell the four-bedroom property since October.

The house in Sutton Square, a tiny adjunct of the posh enclave of Sutton Place close to the East River, was first listed for $19.5 million, only for the price to be cut by $2 million in April and now it’s reappeared for $16 million after a brief stint off the market.

Built in 1921 for inventor Henry Sprague and later occupied by Arden (whose real name was Florence Nightingale Graham), Jeffries hired architect Daniel Romualdez when he bought it to undertake a three-year restoration of the five-story, four-bedroom home.

Romualdez’s other work includes 70 Vestry, the luxury condominium in TriBeCa that is being erected and is where Brazilian supermodel Gisele Bündchen and her NFL player husband Tom Brady dropped more than $20 million on a five-bedroom apartment.

The results of the extensive restoration include seven wood-burning fireplaces, floor-to-ceiling paneled windows that allow natural light to flood the house, elevator access to all floors and a staff room in the cellar.

A grand curved staircase with wood banisters, meanwhile, leads to a third floor master suite with a wood-burning fireplace and a cashmere-lined walk-in closet. Elsewhere, there is a formal dining room and a two-level library and sitting room with mahogany wood-paneled walls and ceilings.

It’s also just one of 18 houses that has access to a communal garden on the banks of the East River. Another home for sale in Sutton Square that also has access to the garden is Aristotle Onassis’s former town house, which is asking close to $30 million.

It was home to Onassis and his first wife, Athina Livanos, during the Fifties and Sixties. He later married former first lady Jacqueline Kennedy Onassis.

The listing agents for Jeffries’ house are Michael Passaro and Lauren Muss, both of Douglas Elliman Real Estate.