It’s near to where the 24-year-old singer grew up. 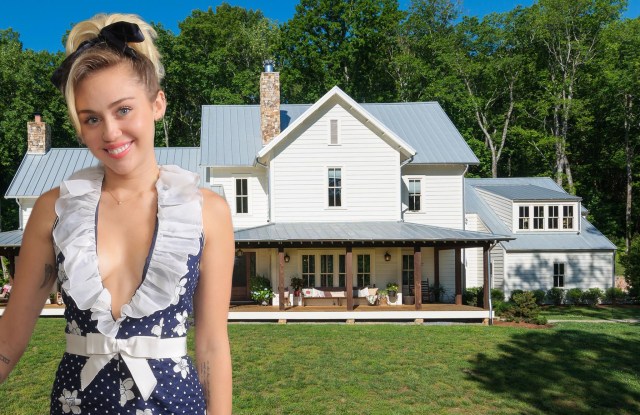 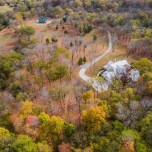 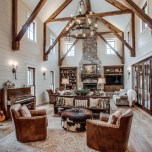 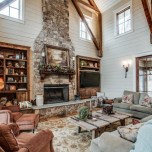 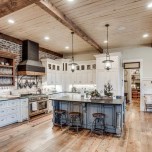 She may have just released a song about her love for Malibu, but that doesn’t mean that Disney star turned international pop star Miley Cyrus has forgotten where she came from.

In fact the “Wrecking Ball” singer and “The Voice” judge is laying down some roots in her hometown of Franklin, Tenn. (about 20 miles south of Nashville), dropping $5.8 million on a secluded farm close to the one she grew up on with her family.

Set on a whopping 33 acres of land, the very private five-bedroom farmhouse, built in 2014, has a big front porch that nearly spans the entire front of the house as well as the whole of one side of the property.

Inside the interiors are very rustic, with wooden beams, floors and French doors and a large stone fireplace in the living room, as well as a country farmhouse-style kitchen.

It does have some modern touches, however, as there is an elevator — something that most farmhouses probably don’t have.

There is also an office, a wet bar, numerous walk-in closets, a large second-floor terrace, an outdoor pool area with a diving board, spa and mini golf station, and a separate barn some distance from the property. This could be turned into a recording studio for Cyrus, who will release her latest album “Younger Now” next month.

Despite being just 24, Cyrus, worth an estimated $200 million according to various media reports, has an impressive real estate portfolio.

This includes a four-bedroom Malibu beach house she picked up last year, a Hidden Hills horse farm with a vineyard that she spent $5 million on the previous year and her Studio City starter home, which set her back $3.9 million in 2011 when she was just 18 years old.