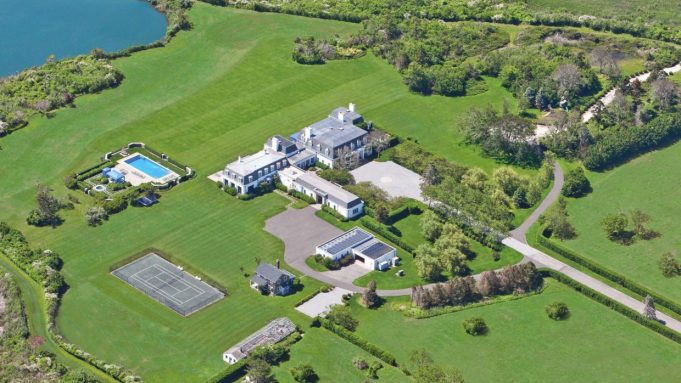 An uncertain economic and political backdrop might mean that the Hamptons’ luxury housing market isn’t what it once was, but that hasn’t stopped one seller from trying their luck and listing the most expensive house ever in the swanky summer hot spot.

It’s a sprawling Southampton estate known as Jule Pond that was built in 1960 for Henry Ford II, grandson of the famed automaker who himself ran the namesake motor giant for 15 years, and is on the market for $175 million, leapfrogging a $150 million property nearby that previously held the title.

In fact, the 42-acre oceanfront estate is now the most expensive home currently for sale in all of New York state and ties with a 63-acre Connecticut island complete with a main house as the dearest East Coast listing.

However, this is nowhere near enough to knock the U.S.’ most expensive listing off its perch. That title goes to a $350 million Bel Air, Calif. mansion that has just been put up for sale after its owner, billionaire media mogul Jerry Perenchio, died in May.

But back to the Hamptons house in question. Led to by a tree-lined driveway and guarded by a gated entrance, it has an impressive quarter-mile of ocean frontage (the largest in the Hamptons) and unobstructed views of Mecox Bay and the ocean.

And if that’s not enough to make a cash-rich buyer open their wallet, the estate also includes a separate carriage house, a 60-foot gunite swimming pool and spa, an outdoor kitchen, a tennis court, a basketball court and multiple gardens such as a meditation garden complete with a Koi pond and waterfall feature.

These days it’s owned by Brenda Earl, a former partner at equity fund Zweig-Dimenna, who bought the sprawling estate in 2002 for a reported $21.75 million.

The brokers are Cody and Zach Vichinsky of Bespoke Real Estate.