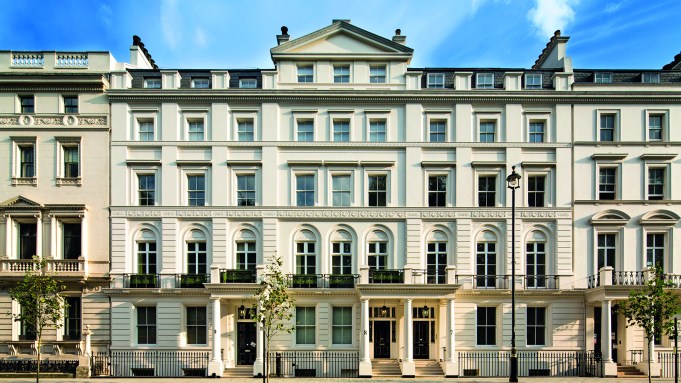 The one-time London home of French fashion millionaire Marie Callot Gerber, which looks directly onto Buckingham Palace, has been transformed into luxury apartments that have just hit the market.

She and her three sisters founded House of Callot Soeurs in 1895 in Paris and by the Twenties it had become one of the world’s leading luxury fashion houses, providing dresses, capes and ballgowns to clients around the world.

Callot Gerber, who was at the time a rival of Coco Chanel, bought the house located at 7 Buckingham Gate in central London in 1925. Under her, and later her son Pierre Callot Gerber, it served as a London base for the family and the fashion brand.

The lower floors acted as a venue for entertaining clients, fashion shows and photo shoots, while the upper floors provided workshops for the seamstresses and a pied-à-terre apartment for the Gerber family.

During the Thirties, the popularity of House of Callot Soeurs declined, and in 1935, the Gerber family ceased using the home for fashion shows, although it remained their London property until they sold it in 1945 after the business was hit hard by WWII.

That house and its two neighbors subsequently became offices or U.K. government premises until 2008, but have since been transformed into a luxury apartment block called The Buckingham, which consists of six lateral two and three bedroom apartments.

Many of the original details of the reception rooms such as ceiling roses, wall mouldings and grand fireplaces have either been restored or replaced.

“The grand white stucco mansions and buildings that border Buckingham Palace are some of the grandest in the capital,” Marcus O’Brien, senior negotiator at Beauchamp Estates, which is marketing the homes, said.