His iconic aerial beach and landscape portraits adorn many of the Forties Spanish bungalow’s walls. 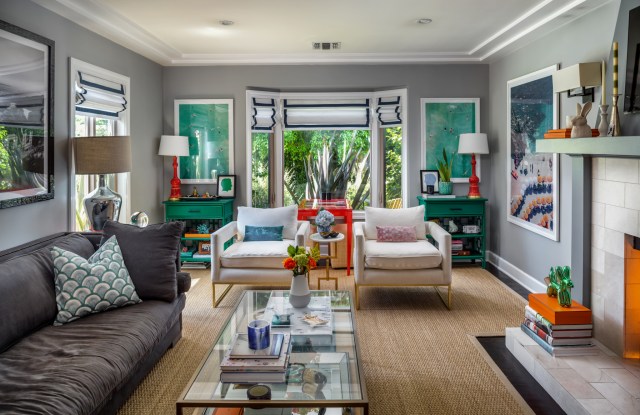 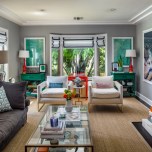 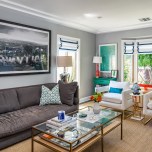 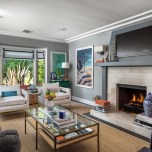 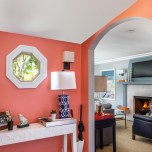 Fans of fine art photographer Gray Malin’s work will certainly recognize his West Hollywood, Calif., home, which has just been listed for sale with a $2.1 million price tag.

That’s because his iconic aerial beach and landscape portraits, which have led several brands to forge partnerships with him over the years to use his photographs for their products, adorn many of the Forties Spanish bungalow’s walls.

One of the bathrooms is decked out with wallpaper covered in an aerial shot of parasols on the beach, while there are large framed photographs of his work in several rooms.

The beach theme is continued with a trio of California Umbrella’s pagodas in the backyard and a surfboard with Malin’s work on it in a bedroom.

Elsewhere in the three-bedroom house, there are splashes of bright colors including a salmon foyer, banana-leaf print drapes in the spare bedroom and turquoise pool furniture on the terrace deck, which has two seating areas and is next to a blue stone pool.

Malin has gone from selling photographs in an L.A. flea market for $65 a piece to partnering with brands such as Le Méridien, Sperry Top-Spide, Veuve Clicquot and even Disney. As a result, his work has appeared on shoes, bathing suits and beach towels among other items. His framed prints, meanwhile, fetch as much as $18,000.

Property records show that the fine art photographer and his husband, tech exec Jeff Richardson, paid $1.2 million for the house in 2013.

The listing agent is Joshua Gaunya of Deasy Penner.