Retail Tycoon Lists Another of His Hamptons Homes for Sale

This one is a Dutch gambrel in Sag Harbor, asking $5.95 million. 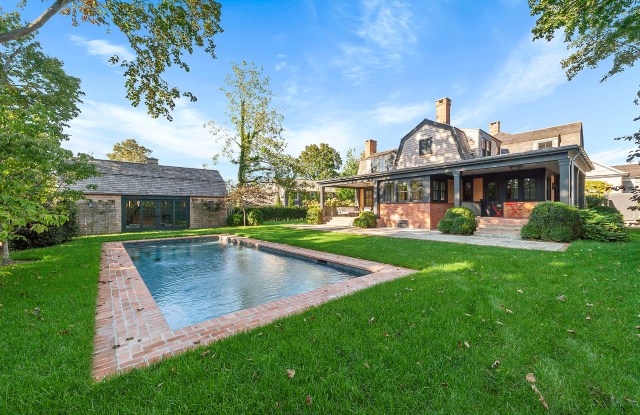 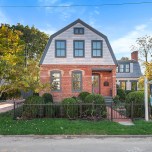 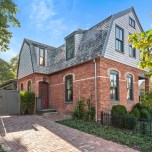 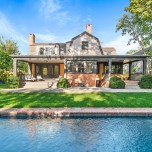 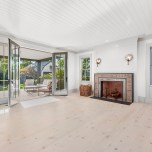 It turns out one can have too many Hamptons’ homes.

Retail tycoon Jürgen Friedrich, who previously founded and led fashion brand Esprit’s European operations, and his wife Anke Friedrich are looking to part company with yet another of their homes. This time it’s a Dutch gambrel in Sag Harbor, kitted out in red brick and priced at $5.95 million.

According to colisting agent Rima Mardoyan Smyth of Douglas Elliman Real Estate, Anke drove past the quaint property and fell in love with it as it reminded her of houses in her native Germany. It wasn’t for sale at the time, but she persuaded the owners to let her buy it and they continued to live there for a few more years.

When she got finally got around to renovating it, no expense was spared in restoring many of the 1843 home’s original features, as well as adding another wing.

The results include not one but two living rooms — one contemporary style with a large fireplace and the other historical, a formal dining room, an outdoor lounge and even a mudroom.

Like most self-respecting Hamptons houses, it comes with a Gunite pool complete with pool house, while a pile of metal in the “dump”-like garden was replaced with grassy lawns, specimen trees and espaliers.

The Friedrichs have become quite the property investors, renovating several houses in the Hamptons. One of these — also in Sag Harbor — was once home to the 21st U.S. president, Chester A. Arthur, long before the Hamptons became the trendy summering spot it is today.

The three-story, six-bedroom Victorian mansion was last listed for $14.2 million, but has since been withdrawn from the sale market and is now being advertised to a wealthy renter who can afford to pay $110,000 a month.

They also own the historic Linden mansion in Southampton. The 18,000-square-foot estate was at one point up for sale for $45 million, but was offered as an $800,000-a-month rental in August.

Their property portfolio extends beyond the wealthy beach enclave. In Manhattan, the couple is still trying to offload their apartment at the iconic Plaza Hotel for less than $30 million. While this is out of most people’s price range, it’s $25 million cheaper that its original listing price.

“They’re not flippers. They love beautiful homes,” said Mardoyan Smyth, adding that they lived in or intended to use all of these properties at one time or another, but now spend much of their time in Switzerland.

Ryan Struble of Douglas Elliman is colisting agent for the Dutch gambrel in Sag Harbor with Mardoyan Smyth.