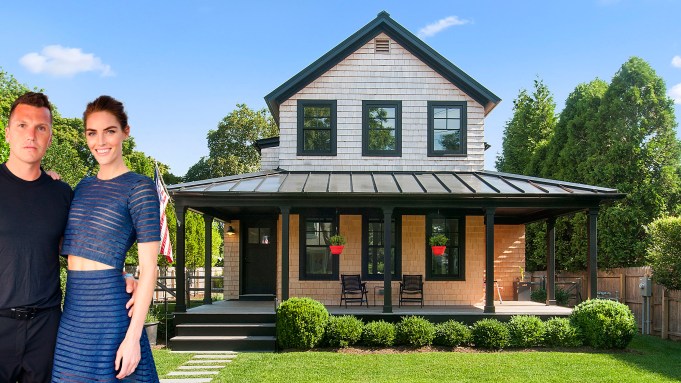 Supermodel Hilary Rhoda, who was last year embroiled in a legal feud with her mother over money, has had some good news as her former bad-boy-hockey-star-husband-turned-property-developer has sold his Hamptons house for $1.8 million after two years on the market.

The Canada-born athlete went on to completely remodel the four-bedroom, 2,200-square-foot house with his business partner, Hamptons builder Charles Gallanti, and put it on the market for around $3 million later that year.

That price was steadily reduced over the next two years, with the final cost set at $1.8 million, before a buyer for the shingle-style house complete with a Gunite pool and pool house finally bit and was willing to meet the latest asking price.

Rhoda and Avery, who married in a Hamptons ceremony in 2015, are somewhat of a permanent fixture around the Hamptons during the summers, with the former having owned a home in Southampton since 2009.

Avery previously told Hamptons Magazine that he got into real estate when he decided to completely renovate Rhoda’s home without her knowledge when she was spending most of her time in New York City. He said he was going to flip homes at the lower end of the Hamptons market and had already bought a couple of properties.

Avery did not respond to request for comment, but Susan Ryan of Corcoran, the listing agent, confirmed the sale.