See Inside the Versace Mansion, Set for ‘American Crime Story’

It's now a hotel, but the cast and crew of ‘“The Assassination of Gianni Versace: American Crime Story” were allowed to film there. 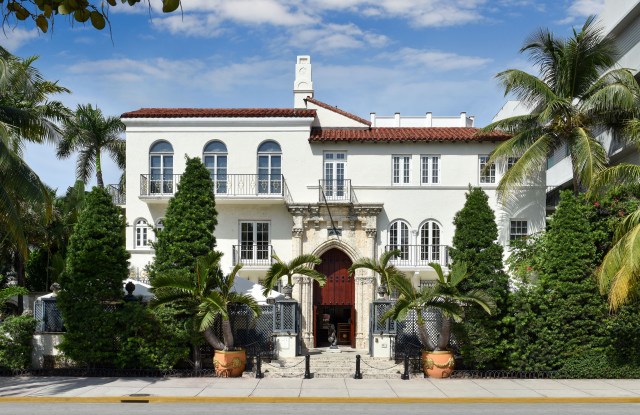 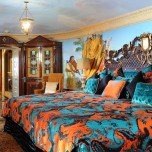 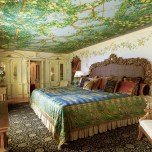 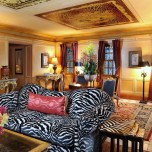 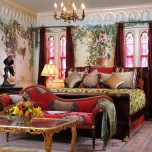 While the Versace family has slammed the upcoming FX series “The Assassination of Gianni Versace: American Crime Story” as “fiction,” there is certainly one element of the show that is real — the setting.

The cast and crew flocked to Casa Casuarina in Miami’s South Beach in May and spent about a month and a half there shooting scenes, where a platinum-haired Penélope Cruz could be spotted by the front gates, cigarette in hand, completing her transformation into Donatella Versace.

Her brother, the late fashion designer Gianni Versace, bought the Ocean Drive house in  1992, spending more than $32 million turning the rundown apartment block that was built for a playboy oil heir in the Thirties into the opulent mansion that can be seen on the show, which premieres Jan. 17.

As part of the extensive three-year remodel, the 24 apartments became 10  large suites, while he added a 6,100-square-foot wing and a 54-foot-long mosaic-tiled pool that was inspired by his Marine Vanuras collection and made up of more than one million mosaic tiles, thousands of which are 24-karat gold.

The result was a building that paid homage to his grandeur and love of Greek mythology and saw a who’s who of celebrity guests such as Madonna and Elton John, but tragically Gianni only lived in the home for two more years until his death on the steps of the villa in 1997.

Donatella sold the property three years later and it changed hands several more times, eventually becoming a hotel owned by the Nakash family of Jordache jeans fame. They paid $41.5 million for it at an auction in 2013, beating a bid from now-President Trump.

The hotel opened its doors in 2015, with room prices starting at $1,000 a night, but there is also the option to rent the whole place and the show did just that.

“We actually turned the entire property over to them during that period of time so that they could do all the things they needed to do,” said Chauncey Copeland, the hotel’s general manager. “They did an excellent job of re-creating some of the period pieces that were appropriate for the production. They were very detailed right down to the last thing. The whole thing was very impressive because it was very clear that they had taken painstaking attention to detail….They didn’t need any input from us.”

Director Ryan Murphy told the New York Post he was shocked when he got the green light to film there, adding that he doesn’t think he could have made the show if he didn’t get the property.

“There was no way you could build [a set] of it. Two of the rooms were made out of seashells. Donatella took all the furniture and the art when she sold the house, but through pictures we were able to re-create them. It adds something to the performance. When Édgar Ramírez [who portays Gianni in the show] goes to those Biedermeier closets, they were the same closets Versace spent a year building and they’ve been lovingly maintained. They were extraordinary.”

The owners of the villa have tried to preserve it as much as possible to how it was when Versace owned it, only adding modern conveniences hotel guests expect. While some contents of when he lived there were auctioned in New York City in 2001 for a reported $28 million, what remains from the Versace era are the richly decorated walls, floors, ceilings and windows, as well as the pool, garden, and the entire south wing.

However, some things did have to change. The secret passageways of his time have been blocked up, while there is no sign of the carrier pigeons he is rumored to have used to send messages to his friends.