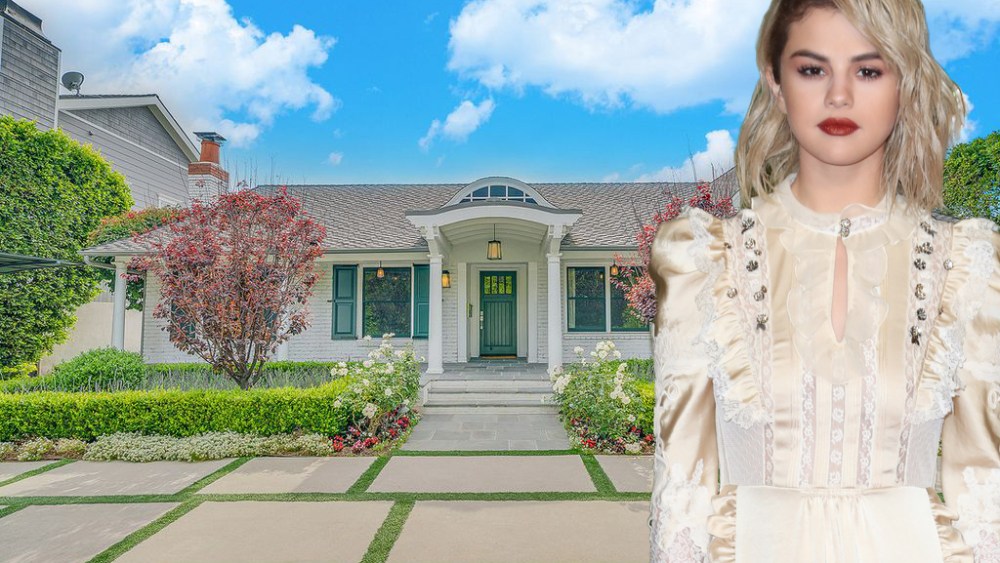 She might only be 25, but Selena Gomez has become quite well-versed in Los Angeles’ real estate world.

Back in 2014, in true celebrity style, the singer, actress and face of Coach sold her starter Tarzana, Calif., home to none other than Golden State Warriors baller Nick Young for close to $2.2 million.

She then moved on to the Kardashian-filled Calabasas neighborhood where she picked up a sprawling compound, only to sell that less than two years later to another celebrity buyer — rapper French Montana.

Now, she’s at it again, flipping her three-bedroom Studio City bungalow for $2.8 million, after paying $2.25 million for it last year.

It’s not known if she lived there herself, but there is one tell-tale sign from the listing images that she might have — a neon “Fetish” sign in the main living room after one of her songs.

Other features of the starlet’s fully renovated Fifties home include herringbone brick flooring, a brick and white spacious country-style kitchen, a formal dining room, a gym and a media room.

The master suite, meanwhile, comes with two walk-in closets and a marble bathroom, while two more bedrooms share another bathroom.

Outside there’s trellised patio, grassy lawn and stone rimmed pool near the guest house that was converted from a two-car garage, according to the listing held by Compass’s Karen Medved.

The 3,200-square-foot house is also extremely private thanks to it being encircled by a tall hedge.

At the same time, Gomez is trying to sell her amenity-packed mansion in her native Texas for close to $3 million.

It comes with an array of amenities including a craft room, a coffee bar, sport court, outdoor kitchen, putting green, cabana and resort style pool.

A spokeswoman for Gomez did not respond to request for comment.

This was first reported by Variety.