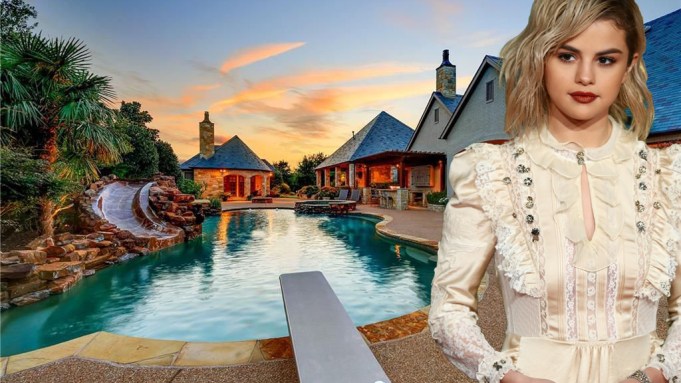 There may be no place like home, but Selena Gomez is once again trying to offload her amenity-packed Texas mansion close to where she grew up.

The 25-year-old “Wolves” singer and face of Coach, who is now based in Los Angeles, put her sprawling six-bedroom Fort Worth house back on the market earlier this week for close to $3 million.

She bought the stone-clad house for an undisclosed sum in 2015 and tried to flip it the following year when it was listed for sale for just under $3.5 million. Since then the five-bedroom property has been on and off the market and undergone a price cut.

The home, located in Fort Worth’s exclusive, gated Montserrat neighborhood, previously failed to sell despite being jam-packed with an array of amenities including a craft room, a coffee bar, sport court, outdoor kitchen, putting green, cabana and resort style pool.

There’s even a game room complete with a jukebox, shuffleboard table, pool table and wet bar, as well as a movie theater that seats eight.

It’s also huge, boasting 10,000 square feet of living space and set on 1.5 acres, making it the sixth-largest home for sale in the city.

It’s the not most expensive, though. That trophy goes to a $7 million mansion a stone’s throw from Gomez’s house that is more than double the size.

A rep for Gomez did not respond to request for comment.