The Current/Elliott founder is looking to make a $3 million profit. 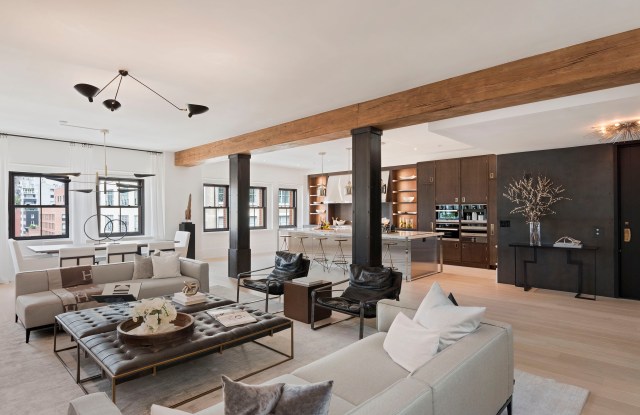 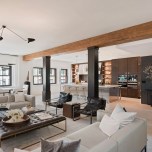 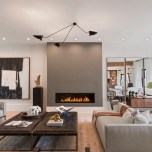 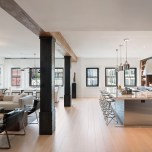 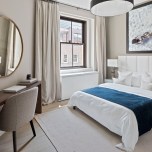 While the likes of Harry Styles, Jake Gyllenhaal, Rebel Wilson and Meg Ryan are moving into 443 Greenwich Street — Manhattan’s most celebrity-filled condominium — fashion mogul Serge Azria is moving out.

The creative force behind Joie, Equipment and Current/Elliott paid $14.3 million for it in February, but is flipping the three bedroom, 3,471-square-foot duplex apartment for $17.3 million.

The posh penthouse comes with its own private elevator entrance to both floors and a rooftop terrace complete with an outdoor kitchen. It appears to have been an investment property as he never actually lived in it, according to the listing.

While this is the first penthouse resale, Azria is not the first celebrity to flip a condo at the building. “Austin Powers” star Mike Myers sold his four-bedroom pad without ever living there after it became too small for him when he had another child.

The building has also been dubbed paparazzi-proof thanks to its underground motor court — perhaps that’s why it is attracting all these celebrities.

In the last couple of months alone, Ryan, Gyllenhaal and Styles have all been revealed as buyers at the building, each paying in the region of $9 million for their new homes.

Other famous residents include Justin Timberlake and Jessica Biel, Blake Lively and Ryan Reynolds, as well as Jennifer Lawrence (the latter is renting out her apartment).

According to Streeteasy, there are eight homes at the building for sale, with the most expensive — a penthouse — being marketed for $58 million.

At the same time, his brother Max Azria, the founder of California-based BCBG Max Azria Group LLC, is still trying to sell his Holmby Hills mansion known as Maison du Soleil for $88 million, as well as his condo in Miami’s exclusive Fisher Island for $8.9 million.

The listing agents are Fredrik Eklund, John Gomes, Julia Spillman and Adam Widener, all of Douglas Elliman Real Estate. Eklund, who stars in Bravo’s “Million Dollar Listing New York,” told WWD that he has already shown the penthouse to prospective buyers despite only listing it for sale on Wednesday.