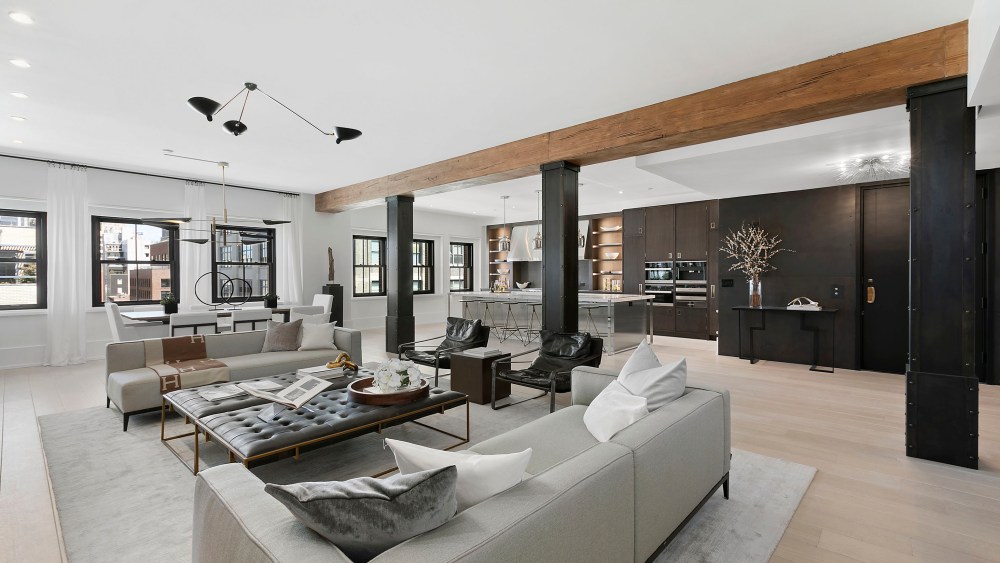 Fashion mogul Serge Azria is once again trying to offload his penthouse at a celebrity-filled Manhattan condominium.

The creative force behind Joie, Equipment and Current/Elliott paid $14.3 million for the three-bedroom, 3,471-square-foot duplex in February 2017 and was clearly hoping to make a tidy profit when he tried to flip it just a few months later for $17.3 million. When that didn’t work, the price was cut to $15 million, before the apartment was taken off the market.

Now, Azria is trying again as his never-lived-in investment apartment is back for sale at the slightly lower price of $14.75 million and a change of listing brokers to Corcoran’s Patricia Lockridge, Paul Kolbusz and Melissa Sargeantson.

The struggle to sell the posh penthouse — which has its own private elevator entrance to both floors and a rooftop terrace complete with an outdoor kitchen — comes despite the condominium being filled with notable residents.

Meg Ryan, Jake Gyllenhaal and Harry Styles have all been revealed as buyers at the building, each paying in the region of $9 million for their new homes, while other famous residents include Justin Timberlake and Jessica Biel, Blake Lively and Ryan Reynolds, as well as Jennifer Lawrence (the latter is renting out her apartment).

The building’s paparazzi-proof underground motor court has reportedly been a big selling factor for famous buyers. Other amenities at 443 Greenwich Street include a 71-foot indoor swimming pool, children’s playroom, a 5,000-square-foot roof terrace, a fitness center, a hamam and a temperature-controlled wine cellar.

Azria is also selling his seven-bedroom mansion in Los Angeles’ posh Bel Air neighborhood for $29.8 million. Designed by famed architect Paul Williams and later updated by its previous owner and serial property flipper Sandy Gallin, the private gated estate, for which Azria paid $21 million around six years ago, comes with a library, media room, gym, guest house and an infinity pool that is a third the size of a football field.