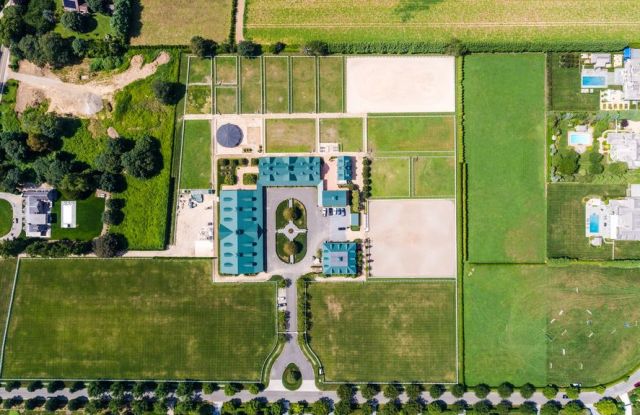 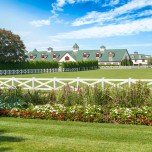 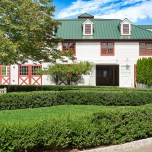 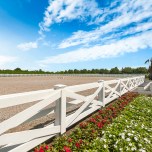 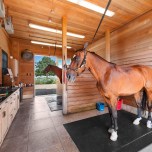 A shoe mogul’s “no expense spared” sprawling Hamptons horse ranch has hit the market for $40 million.

Named Campbell Stables after its owner Bob Campbell, chairman and chief executive officer of footwear giant BBC International, whose brands include Cole Haan, the 20-plus acre Bridgehampton horse farm opened its doors in 2014.

This included a party to celebrate Bruce Springsteen’s daughter Jessica Springsteen’s Beach Magazine cover with The Boss himself in attendance, as well as the wedding of his son Seth Campbell to Australian model Elyse Taylor, where guests included the likes of Heidi Klum and Vito Schnabel.

But back to the sale in question. The sizable farm comprises 27 stalls, 14 paddocks, three outdoor rings and viewing stands, as well as a 15,000-square-foot indoor ring complete with a second floor viewing lounge.

The grand entrance to the property, meanwhile, boasts two manicured fields with potential for polo, while other amenities include two tack rooms, a veterinarian and manager’s offices and staff housing.

If that’s not enough, there’s also an adjacent 1.44-acre residential lot, with permits in place to build a mansion — in case there’s not already enough of those in the wealthy beach enclave.

“No details are overlooked and no expenses are spared in developing the equestrian estate, arguably the best in the East End of Long Island, south of the highway,” co-listing agent Tal Alexander told property web site Mansion Global. He is listing it alongside his brother Oren Alexander.

“It’s the ultimate destination for equestrians and the horse barn is like Four Seasons in the hospitality world,” he added.