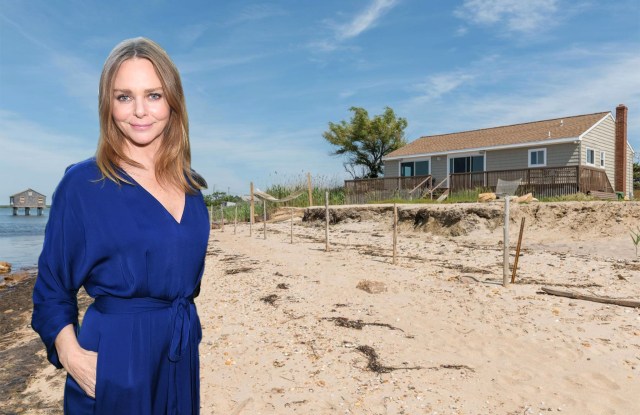 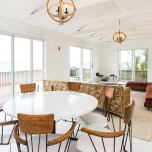 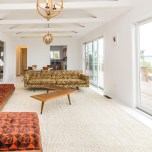 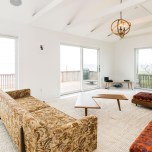 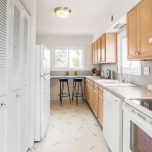 Stella McCartney is looking to rent out her stylish Hamptons beach cottage for $30,000 a month.

The British fashion designer’s house is in Amagansett, N.Y., and has views over the bay, according to the listing, which was first spotted by WWD’s sister publication Variety.

She and her husband, Alasdhair Willis, creative director of rubber-boot brand Hunter, bought it about a year ago for $1.5 million, property records showed. If listing pictures are anything to go by, they haven’t made many changes to it since.

Apart from a fresh lick of white paint, the biggest change looks like she has jettisoned two beige sofas in the living room and replaced them with two snazzy Seventies-style patterned ones in velvet.

The couple kept the rope light fixtures that look like sailing knots in the open living and dining area, which has sliding doors that open out to a wooden deck overlooking the beach.

The three bedrooms, meanwhile, are quite plain and each only have a couple of pieces of neutral-colored furniture.

McCartney, who launched her first men’s wear line earlier this year, was most likely introduced to Amagansett by her father, Paul McCartney. He has owned two homes in the area since the late Nineties.

His designing daughter also has a town house in London’s Notting Hill neighborhood, which she bought in 2007, as well as a property in the English countryside.