The shoe mogul reportedly dropped $12 million on a condo on the borough's most expensive street. 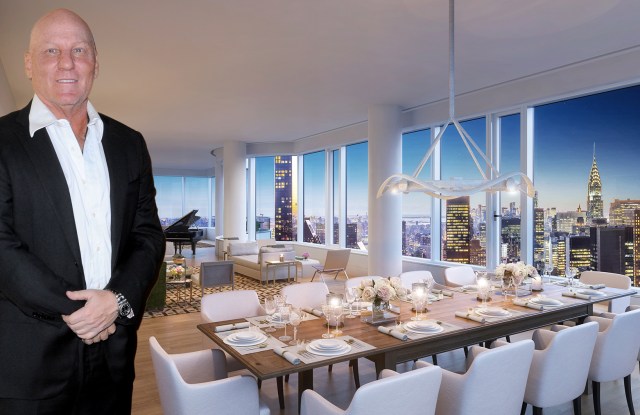 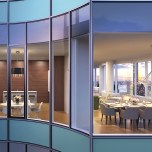 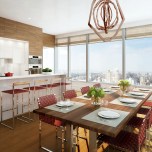 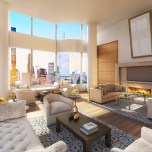 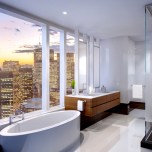 Billionaires’ Row has a new resident as shoe mogul Steve Madden has just paid more than $12 million for a plush new apartment on Manhattan’s most expensive street.

The founder and former chief executive officer of the eponymous footwear brand’s five-bedroom home is located at 252 East 57th Street, a new luxury building made distinctive by its curved glass structure, according to the Wall Street Journal.

The area has long been dubbed Billionaires’ Row thanks to a barrage of ultra expensive condominiums with extravagant amenities that have sprung up over the past few years such as One57, which has seen almost $2 billion in sales.

While Madden’s 4,624-square-foot pad, located between Second and Third Avenues, is nowhere near the most expensive in the area — those tend to be directly south of Central Park — it is still pretty swanky and boasts views of the city, the park and the East River from a multitude of rooms.

Like all other units in the building, interiors are by designer Daniel Romualdez, whose other work in the city includes 70 Vestry, the luxury condominium in TriBeCa where supermodel Gisele Bündchen and her football star husband Tom Brady spent more than $20 million on an apartment.

Madden’s condo comes with a 38-foot living room complete with a balcony, a library and a formal dining room. The master bedroom, meanwhile, has two full bathrooms and three walk-in closets, while each of the four additional bedrooms has an en-suite bathroom.

The businessman will also have access to all of the building’s amenities including a porte cochere, a 75-foot pool, a spa, a terrace and a screening room among others.

According to property records, New York-born Madden previously owned a $15 million condo at Trump Place, which he transferred to his ex-wife following their divorce. He also owns another property on the Upper East Side.