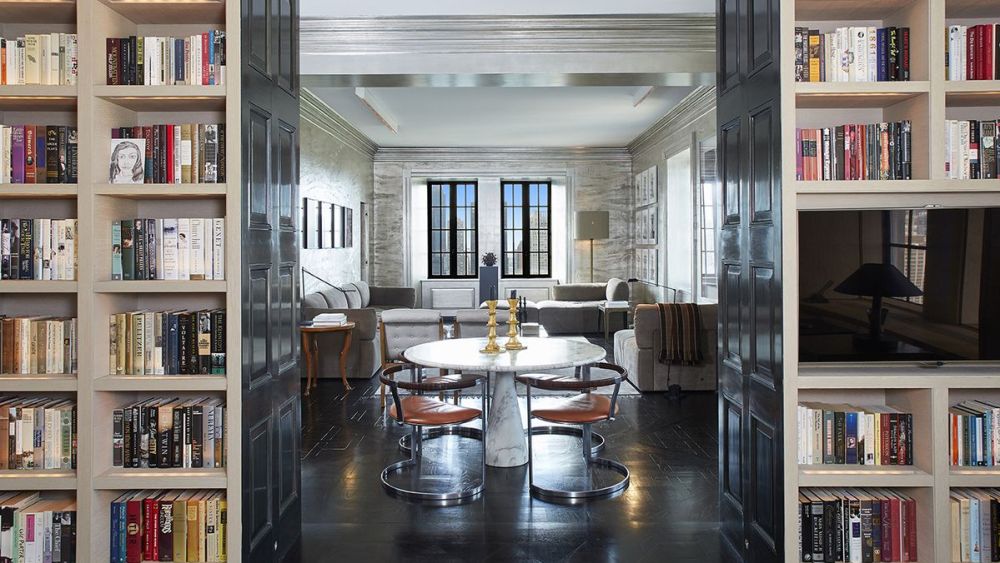 Tomas Maier is selling his $10 million Fifth Avenue co-op that would have a lot of fashion industry stories to tell if walls could talk.

That’s because the German designer is not the only big fashion name to have resided at the apartment, one of 77 exclusive co-ops that sit atop The Pierre Hotel on Manhattan’s Upper East Side, with the list of previous occupants reading like a who’s who of fashion royalty.

It started with Pierre Bergé, Yves Saint Laurent’s companion and business partner for 50 years, who bought the two-bedroom spread during the Seventies. He kept it as his New York pied-à-terre for close to three decades, during which Saint Laurent lived there for a time.

It then ended up in the hands of Giancarlo Giammetti, the longtime business partner of Valentino. He paid $7.5 million for the apartment in 2007, only to sell it to Maier for $8 million five years later.

The apartment hasn’t changed too much since Giammetti’s time. He hired architect to the stars Peter Marino to renovate it and Maier was so taken with the results that he kept it largely the same, apart from making a few modifications to the master bedroom, according to The New York Times, which first reported the listing.

Remaining features include Parquet de Versailles floors, an ebony paneled foyer with antique mirrored panels, a large corner living room with views over Central Park through four casement windows and a library complete with an entrance made of books.

The main change has been in the master bedroom, which is decked out with Venetian plaster walls. It, too, boasts two large casement windows with impressive views over Central Park, as well as a spacious walk-in custom closet, per the listing, which is held by John Burger of Brown Harris Stevens.

Whether the next buyer will be another fashion bigwig is anyone’s question, but one thing is certain: Any potential buyers will have to be cash-rich as The Pierre’s strict board does not accept bank financing. In addition to the hefty price tag, they’ll also have to foot a $10,411 monthly maintenance bill.

Once they’re in, though, they have access to white glove treatment and all the restaurants and services the posh hotel has to offer, including elevator attendants, twice-daily maid service and even an on-call doctor.

Maier — who earlier this year parted ways with Italian luxury brand Bottega Veneta after 17 years as its creative head and, along with Bottega’s parent Kering, shuttered his namesake label — seems to be turning real estate into his next career. He’s also selling his plush 3,000-square-foot oceanfront home in Montauk for $21 million and at the beginning of the year sold the Gulf Stream, Fla., home he owned for more than a decade for $9.5 million.