At one point the fashion designer was asking $80 million for the opulent apartment overlooking Central Park. 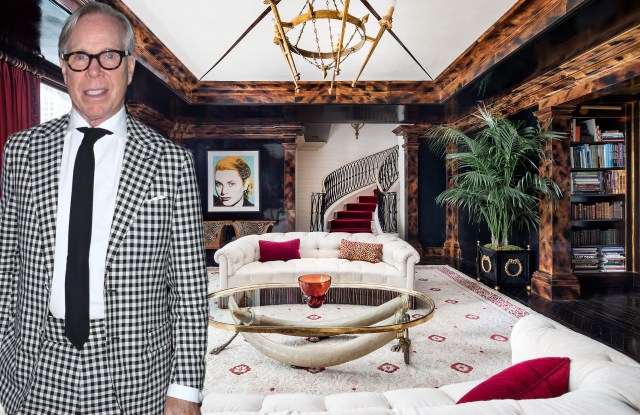 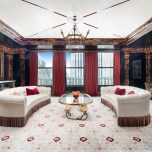 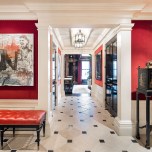 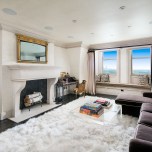 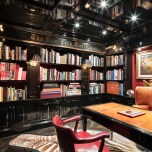 It’s back! After it was reported earlier this year that Tommy Hilfiger had given up on his lengthy struggle to offload his Plaza Hotel penthouse and instead enjoy it, it looks like he’s had a change of heart as it’s already back on the market — and it’s had yet another price chop.

The 66-year-old fashion designer and his wife, Dee Ocleppo Hilfiger, have today put the “For Sale” sign back up and this time they’re asking $50 million for the opulent four-bedroom penthouse, down from $58.9 million when it was last on the market in April.

The duo has been trying to sell it on-and-off for almost a decade, but have had no luck despite it boasting a breakfast nook adorned in an “Eloise” mural in one of the landmark Manhattan’s building’s four turrets, as well as a terrace that looks like a life-size chess set overlooking Central Park.

The saga began when they paid $25.5 million for the fancy spread in the summer of 2008, only to try to flip it for $50 million a couple of months later as the global recession and property downturn was gathering pace.

Instead of dropping the price like many sellers would have, they took it off the market and proceeded to spend the next few years splashing out a reported $20 million carrying out extravagant renovations to the duplex, including commissioning the original illustrator of the “Eloise” children’s books to design the mural (the books tell the story of a little girl who lived at the Plaza).

The couple tried their luck again in 2013 when the newly spruced-up penthouse, located on the 18th and 19th floors, was put up for sale with the inflated price tag of $80 million as the U.S. economy was starting to recover.

A recovering economy wasn’t enough, though, to persuade wealthy buyers to open their wallets and it was taken off the market and relisted in 2015 at $75 million, according to listing records.

Then it disappeared, before returning with a $68.95 million price tag in July 2016. The same happened again and it reappeared at $58.9 million in November, only to be removed in April.

Hilfiger told the Wall Street Journal, which first reported the story, that he had received a couple of offers in the past but they didn’t come through.

“One I didn’t accept and the other the guy didn’t come up with the money. I’m of the belief that if it sells, it sells,” he said. “If it doesn’t sell, I’ll just keep it.”

The Hilfigers also own homes in Greenwich, Conn., Palm Beach, Fla. and Mustique. They also have a mansion in Miami’s Golden Beach neighborhood, which has been on the market since February, asking $27.5 million.

Nikki Field of Sotheby’s International Realty is the listing agent for the Plaza Hotel penthouse.