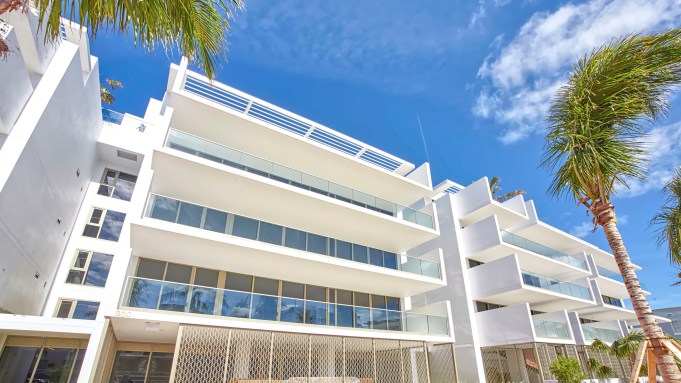 The New York-based fashion designer, who launched ATM Anthony Thomas Melillo as a T-shirt collection six years ago with Barneys as his exclusive partner, has spent just over $2 million on an apartment at Three Hundred Collins, a luxury new condominium in South Beach developed by Jason Halpern.

His brand new two-bedroom, 1,835-square-foot condo comes with private elevator access, a top-of-the-line Miele kitchen and a wrap-around terrace with views over Miami Beach that can be accessed via a wall of glass doors. Like all the apartments at the building, interiors were designed by sought-after Danish architect Thomas Juul-Hansen.

The 19-unit boutique building, completed in June, has proved to be particularly popular, with only one apartment left for sale — a $5.3 million penthouse with three bedrooms, a spacious terrace and a 27-foot-wide great room.

All of Three Hundred Collins’ new residents will have access to its raft of amenities, including a fitness center, rooftop deck with cabanas and a hot tub, as well as a 75-foot saltwater pool.

Melillo has long been a fan of South Beach, owning another pied-à-terre in the area from 2005 until last month when he sold the loft, once featured in Architectural Digest, for $590,000, according to property records.

The agents for both that sale and his new purchase were Dina Goldentayer and Joseph Schafer of Douglas Elliman Real Estate.