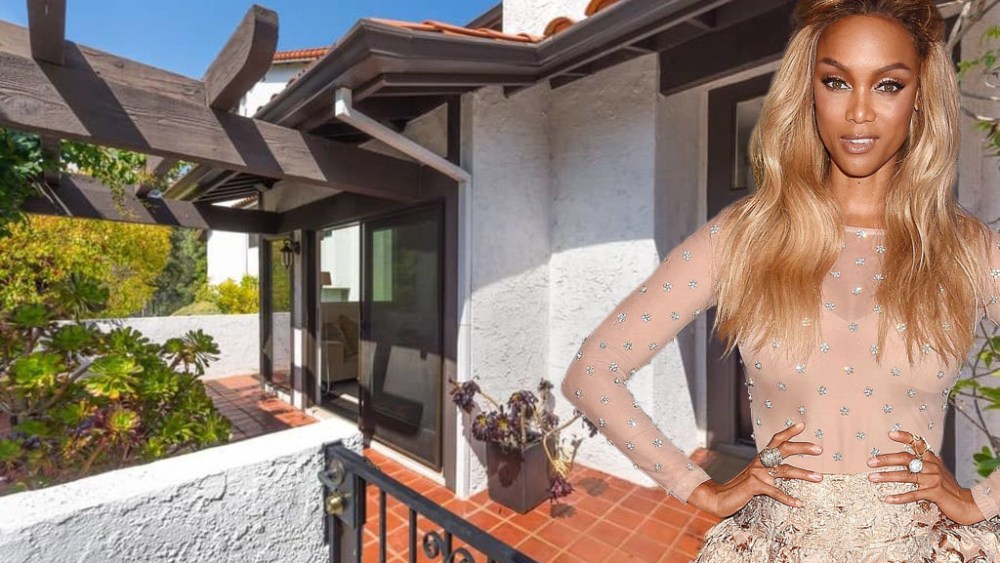 Tyra Banks is at it again. Just weeks after she bought a new Pacific Palisades mansion, the supermodel is trying to flip another of her homes in the same Los Angeles celebrity enclave.

In her latest real estate move, the “America’s Next Top Model” creator and host has put a two-bedroom town house on the market for just under $1.5 million, after paying $1.35 million for it in 2017.

Despite only owning it for a short time, she has made quite a lot of changes to the 1,800-square-foot abode, “tastefully” remodeling it to give it a New York loft feel with open rooms and soaring ceilings, per broker babble.

Other features include a plush master suite with an oversize walk-in closet and a balcony, a wine cellar, a private patio with mountain views and a two-car garage.

The mother of one began her Pacific Palisades spending spree back in 2014 when she purchased a $3.2 million turnkey property, later adding a $7.3 million ocean view mansion to her collection.

Most recently, she purchased a five-bedroom, five-bathroom modern estate built in 2014, and while it’s unclear if it is for her personal use or another investment property, it certainly has all the requirements of a typical celebrity home.

The property is filled with state-of-the-art amenities, from the zero-edge pool decked in white limestone outside to a media room with a huge projection screen and full bar inside.

Over on the East Coast, Banks was until recently also trying to sell her condo in Manhattan’s Battery Park City for $17.5 million where her neighbors include Leonardo DiCaprio.

Her fancy apartment came with a hair salon and a 360-degree mirrored dressing room and boasted views of the Statue of Liberty, but was recently withdrawn from the market.

James Respondek and Heidi Lake of Sotheby’s International Realty. A rep for Banks declined to comment.