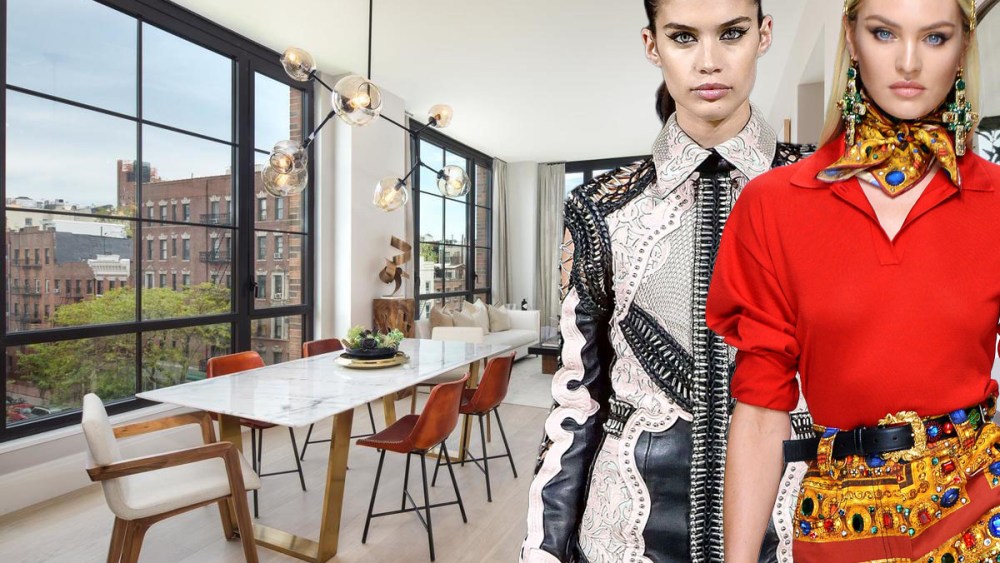 Two Victoria’s Secret angels are on the move in New York City.

First up, Candice Swanepoel is strutting out of the East Village, putting her penthouse in the Village Green condominium up for sale for $1.89 million, according to the New York Post.

The South African model paid $1.35 million for the apartment back in 2010 and has been renting it out since 2016, when she needed more space after having her first child.

Now pregnant with her second child with longtime partner and fellow model Hermann Nicoli, the 29-year-old has decided to part company with the corner two-bedroom, two-bathroom condo.

Features include a south-facing balcony, floor-to-ceiling windows and roomy closets, while a doorman, gym and a lounge for residents are among some of Village Green’s amenities.

And as one Victoria’s Secret Angel departs the East Village, another one has landed as the Post also reported that Portuguese model Sara Sampaio has dropped $3.5 million on a brand new condo at Steiner East Village.

The East Village building, which has just been completed, also has an impressive 16,000 square feet of amenities — a 50-foot pool, a spa, a gym, a library, a courtyard and rooftop gardens to name just a few.

Swanepoel and Sampaio are not the only angels to have been busy in New York’s real estate world of late. Jasmine Tookes was trying to sell her East Hampton home, while Adriana Lima was for a long time attempting to offload her lavish Midtown condo, although both listings have been recently withdrawn from the market.