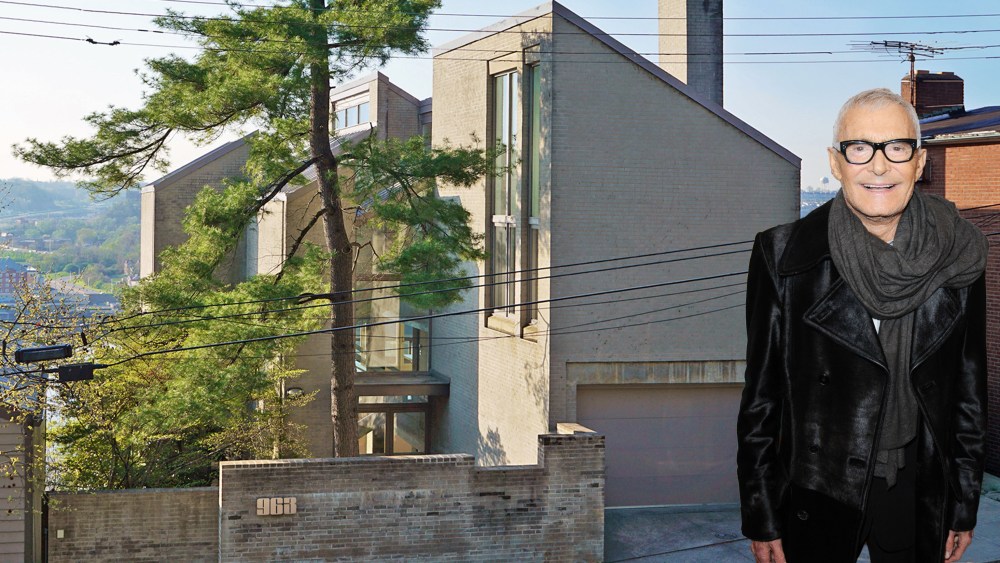 While the late British-born legendary hairdresser Vidal Sassoon is often linked with Los Angeles’ glamorous Bel Air neighborhood, a little known fact is that Cincinnati also had a place in his heart.

It all started when rights to his name and image were sold to Procter & Gamble and he was contractually obliged to spend some time in the Ohio city where the consumer goods giant is headquartered, according to broker Lee Robinson of Robinson Sotheby’s International Realty.

It was there he met his fourth wife, Cincinnati native Rhonda “Ronnie” Holbrook, who worked on a P&G account at a local marketing firm, and they ended up buying two homes in the Mt. Adams neighborhood.

And if the listing pictures are anything to go by, it wasn’t just the architecture of the bob that Sassoon, who died in 2012, was interested in as the property is also architecturally significant for the area. After all, he once told ‘Architectural Digest’ that “architects have always been my heroes.”

The pale brick-clad contemporary four-story, 4,966-square-foot home was designed by well-known local architect Carl Strauss in 1966 and is believed to be the first home in the area with an elevator to all floors.

The unique home gives you the feeling of living in a tree house, thanks to its hilltop location high overlooking trees and boasts three balconies offering views of the Ohio River and Downtown Cincinnati.

Of Ronnie’s decision to sell, Robinson said she’s not in the city very often as she has homes in Los Angeles, New York and Connecticut. She sold their Richard Neutra-designed mansion in Bel Air for $16.5 million in 2012, according to Zillow.