It could be yours if you have a spare $25 million burning a hole in your pocket. 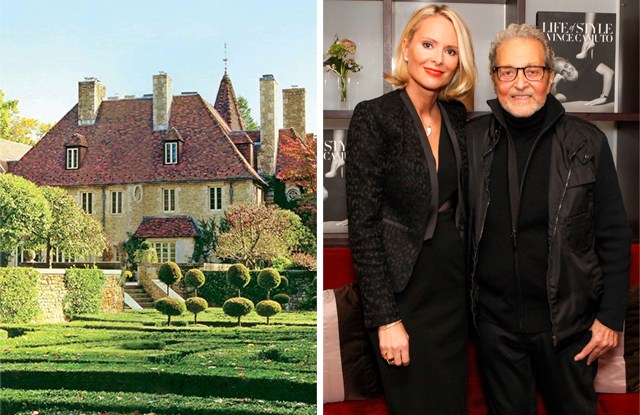 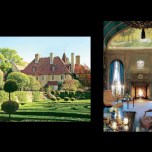 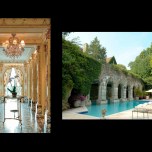 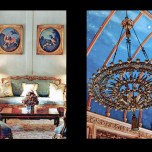 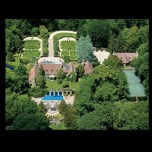 In addition to his successful multibillion-dollar retail businesses, the late shoe king Vince Camuto was also known for his passion for renovating big mansions with his wife Louise — and their sprawling Greenwich, Conn., French chateau-style home was no exception.

Born-and-bred New Yorker Camuto told Harper’s Bazaar in 2011 that the house was virtually a wreck when he bought it, so he set about restoring it, filling it with his collection of 17th- and 18th-century art.

And the results of the renovations of the opulent 11-bedroom, 17-bathroom estate certainly won’t disappoint fans of French-inspired architecture if the listing pictures are anything to go by. The mansion is surrounded by not one but two mazes to look like chateaux in France, while inside there is a hall of mirrored closets modeled on the Palace of Versailles.

It seems that no expense was spared on the estate, with the main courtyard made out of reclaimed cobblestones from New York City, while the limestone fireplaces on the main floor were imported from a French monastery.

There are also a number of themed rooms, including an English library that boasts imported paneling created by Grinling Gibbons, whose carvings are also on display in St. Paul’s Cathedral.

The living room, meanwhile, is modeled on Mont Saint-Michel in Normandy and its cobalt blue ceilings mirror the night sky with twinkling individual fiber-optic lights.

If that’s not enough, elsewhere there is a swimming pool with grotto stone pillars, a tennis court with tennis house, staff quarters and a guesthouse, according to the listing.

Camuto died in 2015 and Swedish-born Louise, who is now chief creative officer of the Camuto Group, is also trying to sell their Hamptons mansion for $72 million. They bought the 15-acre estate called Villa Maria in Water Mill in 2005 and carried out a six-year renovation project on the one-time convent.

After cofounding Nine West in the Seventies, Camuto went on to form the Camuto Group, a multibillion-dollar private company, which has a number of brands such as Jessica Simpson, as well as its own concept stores.