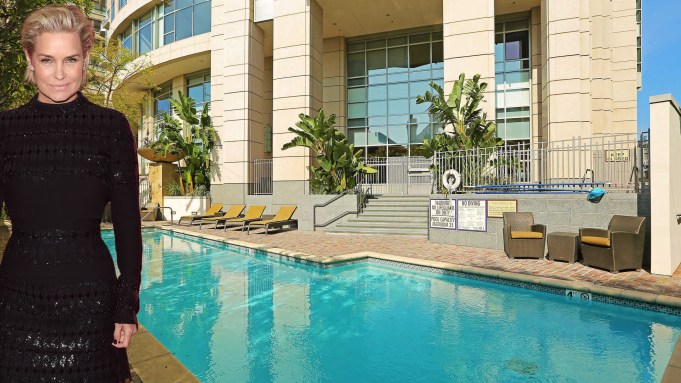 Her ex-husband Mohamed Hadid may be the one hitting the headlines for getting into hot water with the authorities over his Bel Air, Calif., mansion, but Yolanda Hadid has also made a real estate move.

The mother of supermodels, Gigi Hadid and Bella Hadid, and former star of Bravo’s “The Real Housewives of Beverly Hills” just sold her luxurious penthouse at The Carlyle Residences in Los Angeles for $4.995 million, exactly what she was asking for it.

According to various media reports, she moved into the penthouse near Beverly Hills following her split from second husband, Grammy-winning songwriter and composer David Foster, but she has since relocated to New York to be closer to her children as they pursue their modeling careers.

During her time at the penthouse, the Dutch reality TV star spared no expense customizing and remodeling almost all of the entire three-bedroom, three-bathroom home, which has impressive city ocean views, the listing showed.

Features include a private elevator entrance and 11-foot ceilings, as well as a chef’s kitchen with quartz countertops and all the mod cons you would expect of an L.A. penthouse. There is an additional suite on the second floor that can be used as a private office or staff quarters.

The new owner will also have access to three parking spaces and all of the 24-story luxury tower’s amenities including valet, concierge, pool, gym and wine storage.

The 53-year-old, who did not respond immediately to request for comment, paid $4.59 million for the condo through an LLC, which lists her as the primary contact, property records showed.

This comes as it looks as if her property developer ex-husband, Mohamed Hadid, is to stand trial on May 30 over allegations that he failed to stop construction and demolish illegal features of a new mansion in Bel Air, according to The Real Deal.