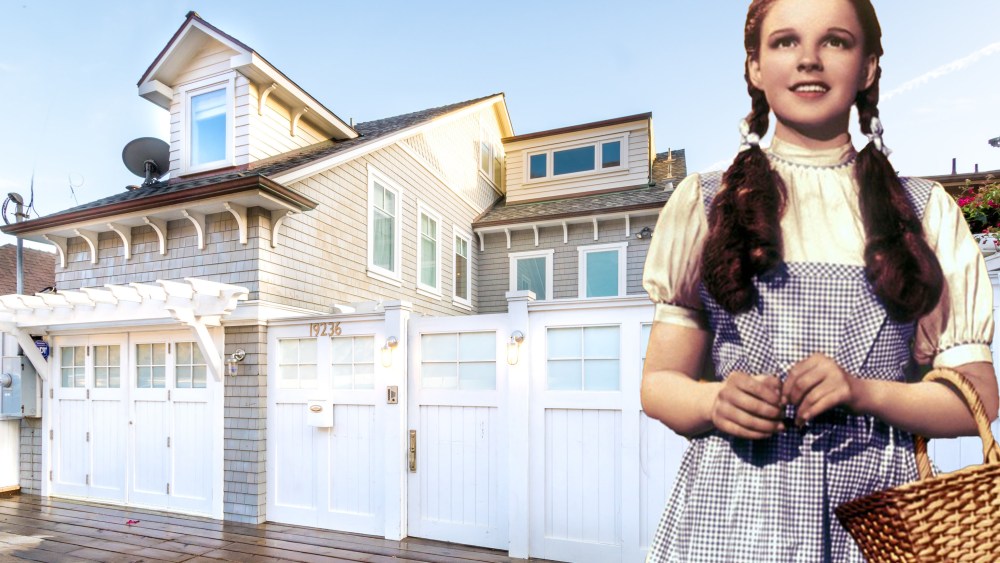 There may be no place like home — and it is a long way from Kansas — but Judy Garland’s one-time Malibu beachfront cottage is pretty nice, too.

The 1,728-square-foot, three-bedroom Pacific Coast Highway abode that the late “Wizard of Oz” star used to retreat to in the late Forties and early Fifties is now up for grabs for $3.7 million.

It’s changed quite a lot since those days though, with a previous owner completely rebuilding it from the studs up in 2013.

These days the Cape Cod-style home features a private-entry courtyard with direct access to the beach, while 10-foot high accordion doors in the living room open onto an expansive wraparound wooden deck.

There’s also a two-sided see-through fireplace in the main living area and a private sundeck off of the master bedroom, according to co-listing agents Russell Grether and Tony Mark of Compass.

And this isn’t the only property that’s been on the market with links to the Hollywood icon. At the same time, a $10 million fancy co-op where Garland reportedly once lived in the exclusive Dakota building in Manhattan has just entered contract.

Meanwhile, Garland’s childhood home in Lancaster, Calif., where she lived with her family from 1926 to about 1933 was also on the market recently for $500,000, but has since been withdrawn.