The nightclub is the group’s most expensive yet and its first in Asia. 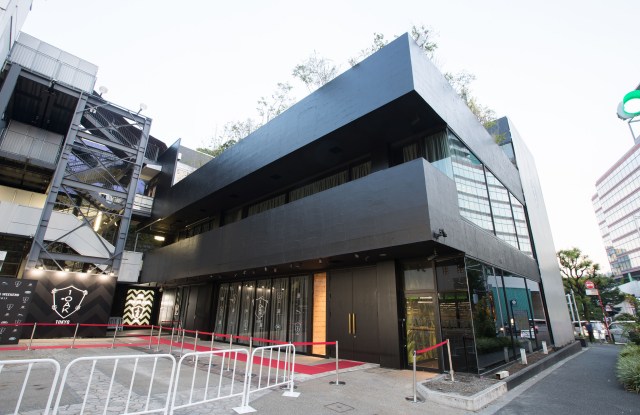 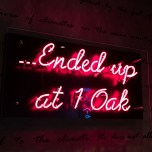 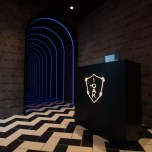 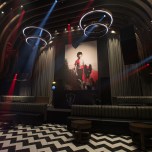 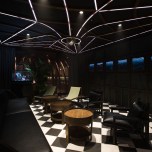 TOKYO — The 1 Oak brand has hit the ground running in Asia, with its most ambitious nightclub to date opening to the public in the Japanese capital last week. The occasion was celebrated by an invitation-only party earlier this month, followed by a weekend of bashes that included a live performance by rapper Tyga.

The name 1 Oak stands for “one of a kind,” and Richie Akiva, founder of Butter Group, which is behind the brand, explained that each location is slightly different in an effort to cater to its host city and culture.

“This one is more elegant and it’s a little bit more prestigious in terms of detail of the whole entire building,” Akiva said. The Tokyo club includes a karaoke room, two private rooms, and a main dance floor flanked on both sides by two rows of spacious booths. The smaller second floor has additional seating, and there are plans to open a third floor, which will include both indoor space and a rooftop terrace.

Roy Nachum, the designer of the 1 Oak clubs who also did the artwork for Rihanna’s album “Anti,” said working on the Tokyo project was a “dream come true.” He called it the best 1 Oak yet.

“I was inspired by the [Japanese] culture and the people, the art and design,” Nachum said. “The space was a lot to play with. I was trying to bring elements from Japanese culture and design into the design that I always use for 1 Oak, so you have a very minimal and very symmetric space. The arches are inspired by Japanese mouldings, and there are many similar elements in the private rooms.”

Both Nachum and Akiva raved about their experience working with Japanese construction companies. With an incredible attention to detail, the local team was able to create the space exactly as the designer and founder had envisioned it.

Still, the opening of the club wasn’t without its hiccups. The third floor is still not ready (Nachum said it would open sometime in mid-October), and the exterior looks drastically different from the digital renderings. The designer said this was due to a mistake with steel panels, which had been ordered from a company in Russia and were supposed to be laser-cut, but arrived uncut. With the opening looming, the decision was made to put them up anyway, with the plan being to switch them out once replacements arrive.

Now that it’s open, Akiva’s goal with 1 Oak Tokyo is to bring something new to a city that already has a variety of nightlife options.

“Tokyo nightlife is not used to certain aspects of the way we do nightlife in, say, America. Like door policies or bottle service and the way we do it, or how we envision a night. We take people through a journey at our other venues, and I think that’s what is going to be different here,” he said. “Showing [guests] what it can be like to have an entertainment venue, not just a nightclub. So that’s what we’re going to offer and what will be different from a lot of other nightclubs here.”

Door policies in particular are rare at Tokyo nightclubs, with most venues granting entry to anyone with the proper identification who waits in line and pays the entrance charge. But Akiva said that while people from all walks of life will be welcome at 1 Oak Tokyo, entry will not be guaranteed.

“We’re going to invite everybody. We want to create a culture where art meets fashion meets business meets cool meets hipster,” he said. “In order for this place to work and for our dream to come true of what we envisioned here, there’s going to have to be percentages of each type of group to make that energy come to life. So we’re going to have to figure out those percentages. You don’t want one aspect overpowering another aspect.”

In addition to being a hot new nightclub, Akiva envisions 1 Oak Tokyo as a multipurpose event space capable of hosting a range of events throughout the day and night, including corporate and private events. When speaking about why he chose Tokyo as 1 Oak’s first home in Asia, he mentioned the myriad international artists and celebrities who pass through the city for concerts, premieres, launches, press tours, conventions and more. He wants 1 Oak to be the place they look to for after parties and VIP soirees.

Akiva also stressed the importance of finding the right venue and partners. Akiva tapped Salvatore Morale, a former DJ who played at the very first 1 Oak party in New York, as the local partner and owner of the Tokyo space. While the pair declined to provide a specific investment figure for the project, Akiva said it is the most expensive and state-of-the-art 1 Oak nightclub to date.

“The most important thing is you have to find local partners in each city that are going to believe in the brand as much as you believe in it, and are going to understand what has made it successful and try to implement that,” Akiva said.

The opening of 1 Oak Tokyo comes on the heels of 1 Oak Island in the Maldives, the group’s first foray into the resort industry. Next on Akiva’s radar are Dubai and London, where 1 Oak nightclubs will be opening within the next five to eight months.