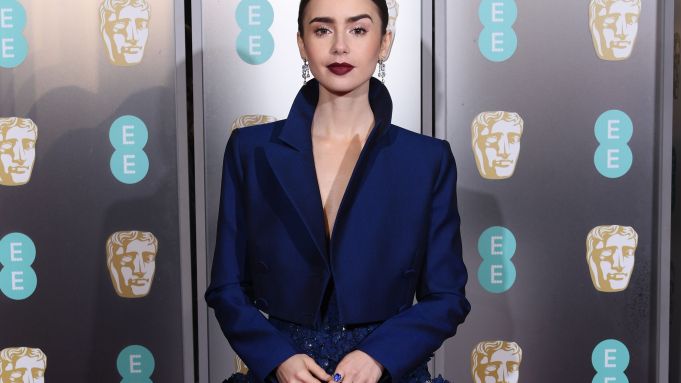 LONDON — “Absolutely Fabulous” star Joanna Lumley returned as the host of Sunday night’s 72nd edition of the British Academy of Film and Television Arts Awards at Royal Albert Hall. Last year, Lumley, who took over hosting duties from Stephen Fry, was the first female to present the awards, Britain’s version of the Oscars.

Amy Adams rocked the carpet in a figure-hugging burgundy gown by Prada, Lily Collins wore a royal blue embellished Givenchy dress while Margot Robbie appeared in an embellished tulle number by Chanel. Claire Foy, who is up for best supporting actress for her role in “First Man,” wore a strapless dark green dress with a fringe detail from Oscar de la Renta.

Freddie Mercury biopic “Bohemian Rhapsody” was also up for seven awards. On Wednesday, its nomination for outstanding British film was suspended due to sexual misconduct allegations against director Bryan Singer.

Actor Rami Malek, who played Freddie Mercury in the movie, looked dapper in a white suit, as did Timothée Chalamet, who wore a printed Haider Ackermann outfit, and Mahershala Ali, who wore a black jacquard suit from Tom Ford. Ali is up for supporting actor for his role in “Green Book.”