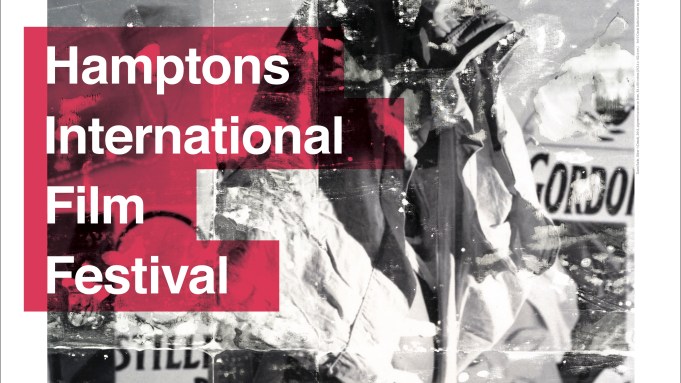 The annual Hamptons International Film Festival is celebrating its 25th edition from Thursday to Monday. The festival will open Thursday night with “Itzhak,” a documentary directed by Alison Chernick that looks at the life of renowned violinist Itzhak Perlman, an East End resident who will be present for the film’s premiere. This year’s festival will also honor Patrick Stewart with the Variety Creative Impact in Acting Award and Julie Andrews with a Lifetime Achievement Award.

Each year a contemporary artist has lent their hand to the festival’s poster design; past collaborators — many with strong ties to the Hamptons community — have included Bruce Weber, Cindy Sherman, David Salle, Cecily Brown, and Eric Fischl, who designed both the first poster in 1993 as well as the poster for 2017.

Here, take a look back at all 25 of the festival’s posters ahead of opening night.

More Coverage From WWD.com:
Christina Hendricks Takes a Look at the Oil Industry in ‘Tin Star’
And the Highest-Paid Actress in Hollywood Is…
Lakeith Stanfield, Acting the Part
Tom Bateman, In It For the Thrill of It