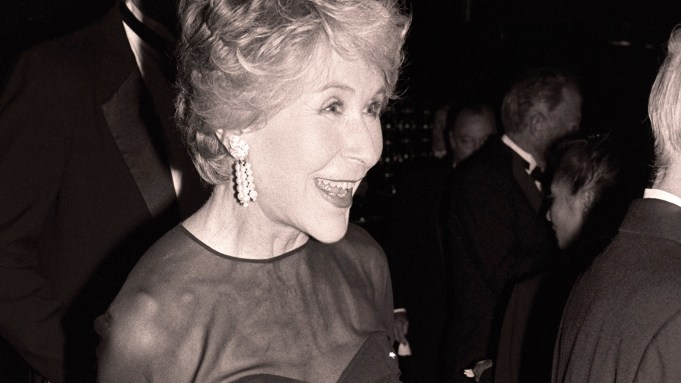 Last month, the Metropolitan Opera celebrated 50 years in the current opera house at Lincoln Center — meaning there have been 50 season-opening galas each fall, drawing New York’s most glamorous socialites to today’s pool of celebrities.

“The Met was founded in 1883, and the original opera house was on Broadway and 39th Street,” explains Peter Clark, the archives director, who has been with the Met since 1981 and was until a year ago the press director. “In 1966, the Met moved to the opera house that we’re in now, at Lincoln Center — in fact, Lincoln Center was started because the Met was looking for a new opera house.”

The Met Opera was not the first to open at Lincoln Center but, along with the Philharmonic, was one of the original core institutions.

“The old opera house was a very elegant auditorium, known as the diamond horseshoe because it was diamond-shaped, like the current one is,” Clark says. “But the backstage was completely inadequate for putting on a large-scale opera. Over the years, opera productions became bigger and more complex, and the backstage facilities were just way too small.”

“As early as 1908, the Met was thinking of moving,” Clark continues. “Just to give an idea of how inadequate the backstage was, at the old house every time they would move a set, there was just the area on the stage, there was no storage space in the wings or backstage. So they had to take the old set down, in the middle of the opera, roll it up, and put it on the sidewalk on Seventh avenue.”

The move to Lincoln Center shifted the way the operas are produced. “It became possible to put on much more elaborate scenery,” Clark says. It also provided a setting for more grand costuming, which the Met keeps in its archives. Many of the most famous dresses that crossed the stage at the Met had to be purchased back by the archives office.

Click through the gallery above for a look through the costume archives at the opera house, as well as a selection of photos from WWD’s archives through the 50 years of galas.