Nigo Wants to Revive ‘Fun’ in Fashion at Kenzo

The Updated Version of the Campbell Apartment

After winning a legal battle against the bar’s former owner Mark Grossich, Scott Gerber’s company Gerber Group, which is responsible for hot spots such as Irvington and, more recently, Mr. Purple, has reopened the famed cocktail bar as simply the Campbell. Gerber approached the project with an intention to keep as much the same as possible; the original safe and hand-painted ceiling were just one of the many existing details left untouched. One notable change is the removal of the stiff dress code, which prevented many of those who did know about the tucked-away bar from partaking.

Kevin King and E&C co-owner Cordell Lochin have joined forces to leverage their decade-plus years working in the downtown nightlife and restaurant scene. The space is split between the full-service dining room on the street level, a takeout window and downstairs lounge, which has a rock ‘n’ roll vibe and is equipped with a small stage. The dinner menu at Esther & Carol leans toward healthy options without being explicitly “healthy” fare. The fried chicken, for example, is fried in expeller pressed sunflower oil; fried artichokes pepper a Caesar salad in place of croutons.

Chef Scott Conant opened his first restaurant in New York in more than a decade on a quaint side street in Flatiron in April. He brands his concept as “thoughtful dining,” complete with white tablecloths and sophisticated design details. The Italian menu is hyperseasonal, and at times immersive, with several dishes finished for guests table side.

Out East, The Latest Project From Former Charlie Bird Chef

Together with Peter Kane and Anthony Serignese, who serve as managing partners, Chef Meyers is bringing Southern coastal French cooking with a “whimsical” twist to the East Village. He’s created a seasonal menu of crudo and roasted meats/vegetables at Out East, which is named for Long Island — where much of its seafood comes from. 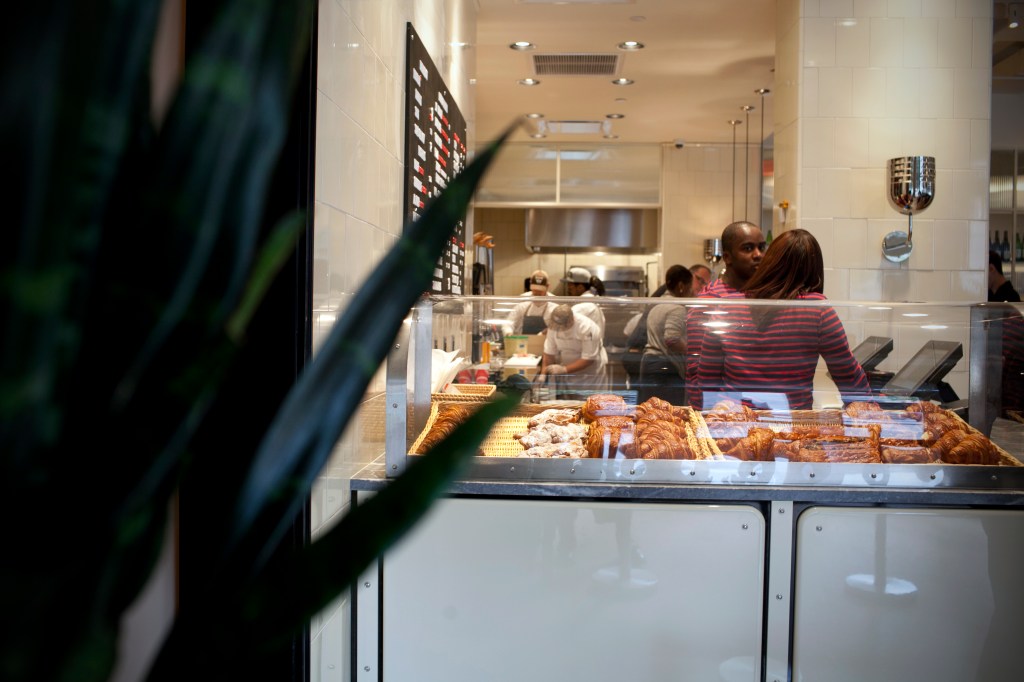 Chefs Club Counter, located on the corner of Spring and Lafayette in SoHo, is a “fine-fast” concept which culls from the same ideology as Chefs Club up the street. Open for breakfast, lunch and dinner, the eatery features items on rotation from various famed chefs, as well as grab-and-go pastries and beverages. Duck rice by George Mendes and a hamburger by Jean-Georges Vongerichten are on offer for lunch and dinner. The high-ceiling corner space, which turned over from its tenure as Spring Natural Kitchen last year, was renovated with comfort and a retro, old-school diner aesthetic in mind; staff is dressed in red and blue-striped shirts, giving the space a refined Americana feel.

Flower Shop in Lower East Side 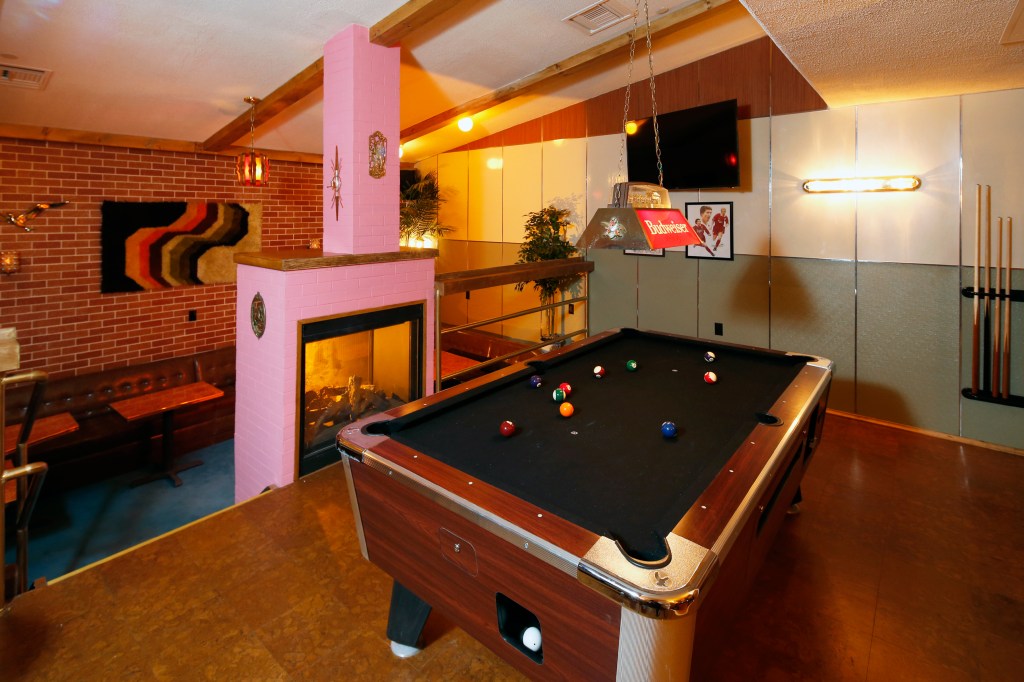 The restaurant emulates the worn-in feel of a longtime watering hole. Upstairs, the space is geared more toward dinner service, while the basement takes a casual lounge approach with tongue-in-cheek nostalgic detailing. The carpeted pre-fab space is decked with tchotchkes — a framed Backstreet Boys CD  cover; a 1986 “Crocodile Dundee” movie poster — as well as a salmon-pink fireplace and pool table situated under an old Budwesier pendant lamp. Upstairs, the dining room features wallpaper with racy illustrations that provide a playful backdrop for executive chef Michael Hamilton’s food. He designed the menu at Flower Shop with the mentality of “something for everyone,” without being pegged to a specific style of cuisine. Expect a mix of pub food alongside more composed dishes, many with an Asian influence, as well as a special side menu with a pasture-raised, sustainable peg.

The Wooly Public in the Woolworth Building

Owners David Tobias and Eric Adolfsen describe the food menu at The Wooly Public as reflecting “the crossroads of the neighborhood.” Old-school dishes come with a modern twist courtesy of chef Jeff Srole — private label hamburgers and steak alongside more modern dishes such as tuna poke. The cocktail and beverage program is also a large focus, with bartender Eryn Reece creating new drinks that riff on classic cocktails. Adolfsen, also a graphic designer, had painter friends reimagine the building’s mascot, the mammoth, through lens of different stylistic period of art, giving the dining room a playful feel. Tables in the bar room are printed with game boards — chess, Scrabble, backgammon, Ouijia — and hanging plants around the space lend an “overgrown” vibe.