The kitchen is led by Nima Khansari, formerly executive chef of the Executive Dining and Client Center at Goldman Sachs. 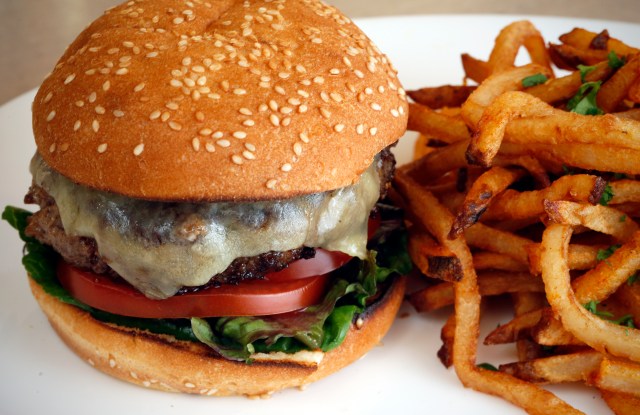 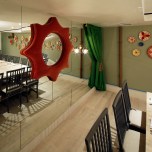 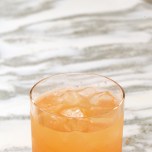 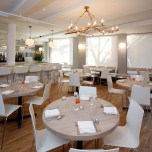 “I always say to people, when you get diagnosed with Celiac disease or food allergies, the one positive thing is you’re going to become a very educated consumer,” begins Frank Baldassare, sitting in the bright corner dining room of his new restaurant 99 Bank, which features an entirely gluten-free menu.

Baldassare’s foray into the food world came after he was diagnosed with Celiac disease in 2002. At the time, he was living in Paris and running a record label; after the diagnosis, he turned to holistic approaches — acupuncture, massage therapy — to reclaim his health, and eventually pitched his own cooking show, “The Missing Ingredient.” While the gluten-free diet has moved into mainstream consciousness in recent years, at the time he was told there wasn’t a market for it. Nonetheless, his show eventually drew the attention of Martha Stewart and began to spread through word of mouth.

The idea to open a restaurant was born from an encounter with two Irish tourists while dining out with his friend and business partner Michelle Kassner. The tourists sitting at the next table inquired about Baldassare’s dish, a gluten-free option. “The woman said, ‘You know, I’m gluten free. I just had all of these health issues, and I decided to go on it. I lost 20 pounds, I feel the best I’ve ever felt in my life,’” Baldassare recalled of his interaction with the couple. “Michelle looked at me and said, ‘It’s time to open a restaurant.’”

Self-described “West Side people,” the pair began looking for a space somewhere between TriBeCa to Columbia University. At the time, the 99 Bank space was Nadine’s, a neighborhood bistro. “I said, ‘See that space? That is exactly what we want,’” recalls Kassner of walking by the former restaurant. Two years later, and after looking at 50 spaces that weren’t quite right, they got exactly what they wanted when the space quietly went on the market. “Our next thing was to find a great chef,” Kassner said. “We’re big on energy and getting the right team together.”

They found their chef in an unlikely place: Goldman Sachs, where Nima Khansari was working as the executive chef of the Executive Dining and Client Center. “This was kind of a chance meeting that made a lot of sense,” said Khansari, who exudes a cheery calmness rare for someone heading up the high-pressure environment of a restaurant kitchen. “I always saw myself going towards yoga studios, food co-ops. Money isn’t everything, at all,” he continued. “You get to that point were your body gets saturated, and I grew and grew, and my knees started to ache.” Khansari began cleaning up his diet, and saw his health improve. “As a chef it’s like, do I want to give someone something that’s agribusiness, that made me feel sick? No, I actually want to share my goodwill and what made me feel good to patrons.”

Khansari has spent the past four years experimenting with gluten-free cooking, noting that sourcing is the biggest challenge he faces working in a gluten-free environment; the restaurant takes great precautions to limit cross-contamination. The team’s goal with the menu is to bridge the gap between people who are Celiac and diners who just want to enjoy quality cuisine, without feeling like they’re missing out on anything. After sampling the 99 Bank burger on a gluten-free bun with a side of crispy fries, or the bowl of pasta in a tangy Arrabbiata sauce, it’s easy to forget the gluten-free angle of the restaurant. The bistro also features a grain-free spirits program, including vodka made from beet sugar and potato, as well as ciders and an international wine list. “You can ferment a lot of things that turn into booze,” Baldassare added.

The team decided against using the “Missing Ingredient” brand name, which has a negative connotation in context of a restaurant. They instead settled on using the restaurant’s address, 99 Bank. “99 is a lucky number,” noted Kassner.