“Bitten by Witch Fever: Wallpaper & Arsenic in the Victorian Home” came out in the U.S. last month. 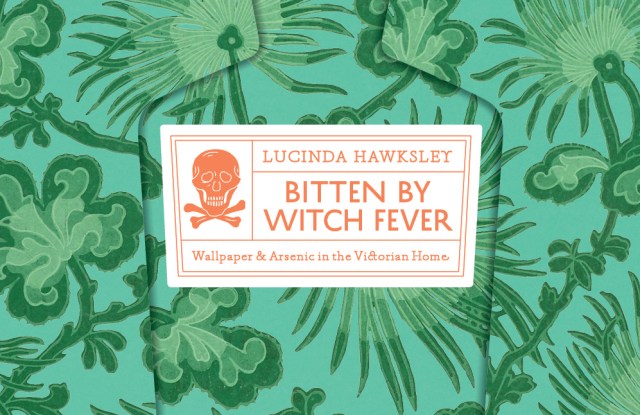 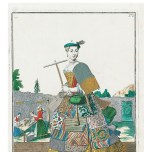 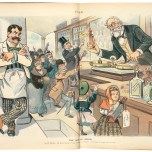 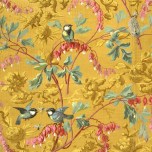 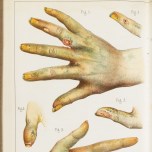 Patterned wallpaper — often in vivid colors — played an important role in Victorian houses, from parlors and libraries to bedrooms.

Now, Lucinda Hawksley, a great-great-great granddaughter of Charles Dickens, who has written 14 books of nonfiction, has put together a new one, “Bitten by Witch Fever: Wallpaper & Arsenic in the Victorian Home” (Thames & Hudson/The National Archives), which came out in the U.S. last month. The book showcases many reproductions of remarkable wallpaper, but it also has a sinister story to tell.

In 1775, Swedish chemist Carl Wilhelm Scheele invented Scheele’s Green, a vivid green color, using an arsenic compound. The shade became enormously popular for household use, particularly in wallpaper. One of the revelations of the book is that William Morris’ family owned a large copper mine called Devon Great Consols, which later got into the business of mining and refining arsenic.

Today Morris is best-known for his wallpaper, textile and embroidery designs — he created 600 of them. But during his lifetime he was better known as a poet and writer. He also set up and ran a workshop for artisans. It paid them good wages, something that was important to him as a longtime socialist. The family mine, however, did not, and it also employed very young children.

Arsenic had long been known as a poison. But during the Victorian period government officials and the general public gradually came to the realization that it wasn’t safe to allow arsenic to be sold over the counter or to let it to be incorporated into wallpaper or fabrics. There were stories of women who wore vivid green dresses fainting and of men being sickened by the wallpaper in their bedrooms. Often only one member of a large family would be affected.

But the Victorian practice of layering new wallpaper over old didn’t help. When the air was damp, the papers would emit fumes. Workers in arsenic plants, who typically wore little or ineffective protective clothing, also developed a variety of illnesses. Eventually, arsenic was removed from wallpapers and fabrics.

The multitude of wallpaper samples in the collection of England’s National Archives were created in times that range from the Georgian and Regency eras through the Edwardian period. Shown in vivid color in “Bitten By Witch Fever,” however, rather than signaling danger, the motifs are exuberant and joyous.