Fort Gansevoort, the cultural hub and art space in New York City’s Meatpacking District, has expanded to Los Angeles. On Dec. 14, the gallery opens at 4859 Fountain Ave. in East Hollywood with an inaugural exhibition entitled “Drapetomania” by author and playwright Christopher Myers.

“It’s been something I’ve thought about for quite some time,” shared founder and curator Adam Shopkorn of heading west. “I have a number of artist friends who used to live in New York and moved out to Los Angeles. We wanted to be here and provide more resources for the artists we work with. We wanted to give them the ability to flex their muscles, if you will.” Following Myers, artist Zoya Cherkassky will be showcased from Feb. 15 to March 28. 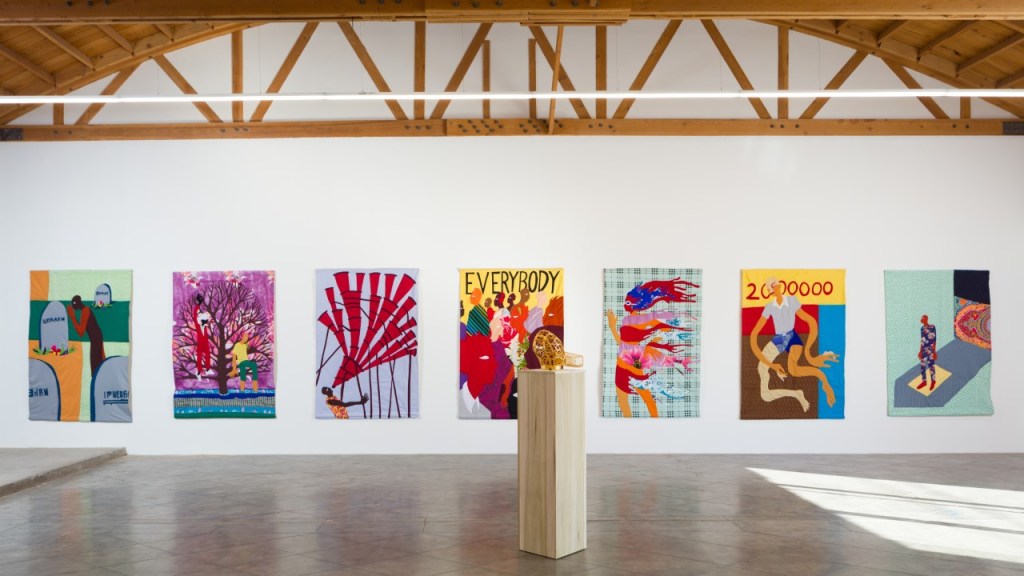 “Drapetomania” opens Saturday at 6 p.m. and runs through Feb. 8.  Courtesy of Christopher Myers and Fort Gansevoort.

The L.A. location is in a white Art Deco building, a juxtaposition to Fort Gansevoort New York, which is housed in a three-story 1849 Greek revival row house.

“I suppose it couldn’t be further from what we have in New York, [which is] kind of the antithesis of a white box space,” said Shopkorn. “This is a white box with beautiful, curved, wooden ceilings. It very much reminds me of Paula Cooper Gallery’s in New York, which is my favorite gallery in all of New York. But there’s a lot of brick in this building. There’s a lot of brick in Fort Gansevoort [New York], so it feels a little bit like home. That’s quite important to me.”

Of opening with Myers, whose work was previously showcased in the New York gallery, Shopkorn said that they’ve had past success with the artist: “When there’s positive momentum and things are going well, you have to press a little bit. As his gallerist, I wanted to keep pushing him.” L.A. is fitting, he added, Myers has been “nomadic with his life. He’s everywhere. He’s in Egypt, Vietnam, Ethiopia, New Zealand.”

Just this week, he was in Bangladesh.

“I just got back,” said Myers. He was now in L.A., getting ready to present the show. “Drapetomania,” comprising of large textile works and sculptures, takes the name from a debunked 1851 pseudo-scientific theory of mental illness — hypothesized by American physician Samuel A. Cartwright — which described the mania as the reason why enslaved Africans were escaping. 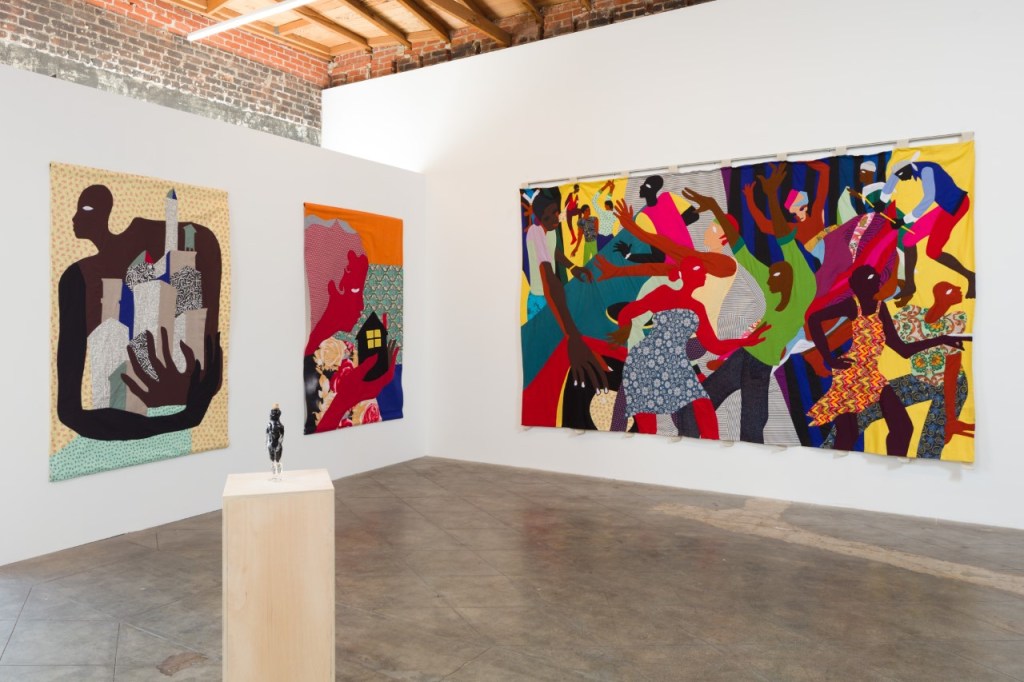 “I’ve been obsessed with the idea that we are all running from something or running to something,” explained Myers. “In Bangladesh, I was in this big refugee camp with all these people running from death, problems, pain. This idea of running from is such a common experience in our current day and age, whether it’s a desperate situation or you hear echoes of that in people’s social lives. You hear them saying things like, ‘I just really need to get away.’ We’re obsessed with the idea of fleeing. I’m interested in that. So, all of this work speaks in some ways about these ideas of what are we running from, what are we running toward, freedom and bondage.”

It’s also inspired by other elements of life, the obsession with the imaging of black death, he said (“It’s sort of part of our everyday life”), and climate change: “Vacationing in places that are going to be gone…but we also flee from those places.” The majority of the exhibition, which opens Saturday and runs through Feb. 8., is fabric work created in central Egypt. “It’s done with a group of old men,” he added. “They have been sewing since time began.”