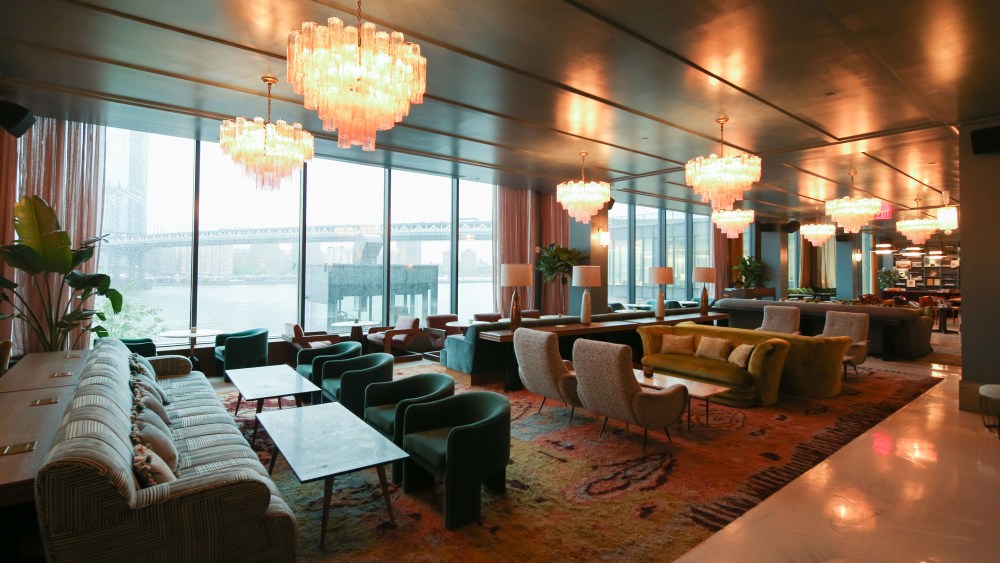 “It’s such a great area — you can see why so many people have moved here,” says Soho House founder and chief executive officer Nick Jones, glancing out of one of the soaring windows inside DUMBO House. The venue would open its doors to the CFDA the next evening, kicking off the membership club’s latest addition to the network — its first Brooklyn house.

“I think one of the reasons we came here is we wanted to make DUMBO House a club for local people of Brooklyn,” Jones continues, adding that all of the club’s founding members live within the borough. “We’re always after like-minded creative soul people and this area seems to be full of them. Williamsburg, Bushwick — all of that. Everyone’s relieved this side of the bridge — I mean, there’s lots of great restaurants and places to hang out, but this is different because it’s not just a restaurant-bar. It’s a place that you can hang out all day.”

The club’s opening comes nearly a year after the Soho House team opened the first New York outpost of their restaurant Cecconi’s on the ground floor of the Empire Stores warehouse space. A major draw of the new club is its ample outdoor pool and roof space, with the backdrop of a mostly unobstructed panoramic view of downtown Manhattan across the East River, framed by the Manhattan and Brooklyn bridges.

“It’s got to be one of the best views in the world. You look at Manhattan — which is so beautiful to look at — and those two bridges are two of the most well-known bridges in the world,” Jones says.

The team took their design cues from the location, incorporating colors from the view into the architecture — the interior is painted with a slate blue, which they sourced to be the exact same color as the Manhattan Bridge.

“I always think one of the principles is try to take what you have outside in,” says Jones, who calls the interior “comfy contemporary.” In addition to drawing from the bridges — the marble tables reflect the browns of the Brooklyn Bridge — the design team took inspiration from the colors and shapes of the Sixties and Seventies, when DUMBO became a hub for artists’ lofts. While some of the furniture is vintage, most of it is bespoke, including outdoor furniture. Accents — such as towels, menu coloring, and tiles on the outdoor bar — are a lime green, which speaks to the building’s history as a facility for imported raw coffee beans in the late 1800s.

The club opens this weekend for founding members before it becomes accessible for the greater Soho House community.

“Our members love new houses,” Jones says. “I see it being a really lovely addition to what we have already. Our Soho House New York members are going to love it because there’s more roof space, more outdoor space — we suffer at the Meatpacking District because of that,” he adds. “They’re going to come in here and hopefully be pretty bowled over by the view. Because even if you live in Manhattan, you don’t see your view. You have to come over to Brooklyn to have a look at it.”

Another perk for the new location?

“It’s easy to get here on the subway,” he adds.

We’ll see you on the F train.